I Went A Week Without Saying Sorry. Here’s What Happened.

I’m sorry to be the one to tell you, but if you’re a woman reading this, chances are you’re a chronic over-apologizer.

From my experience, women tend to excuse their behavior an awful lot more than men. Everything from ending a conversation, asking a question, even taking their rightful place in the coffee line, usually includes a bashful smile followed by an, “I’m sorry.” Although we like to assert our opinions and live up to our personalities, most of us would rather do it with a giggle, a blush, and a deflective or self-deprecating comment.

If you’ve seen Inside Amy Schumer‘s hilariously on point “I’m Sorry” sketch, you’ll know exactly what I’m talking about. Comedian Amy Schumer plays a guest speaker at a ‘Women In Innovation’ conference along with a group of fellow esteemed women including Nobel Laureates and CEOs who continually say sorry for progressively more absurb reasons, highlighting the ingrained culture of chronic over-apologizing among women. (If you haven’t seen it yet, watch it now, below. It’s genius.)

Although I laughed along with everyone else when I watched it, I found it disturbingly familiar. I am a very qualified human being; I hold multiple university degrees, have extensive experience in my field, am very widely read, and passionate about a wide range of dense topics. I delight in a political debate, relentlessly question atheists about their contempt for spirituality, and regularly make difficult value judgements very much against popular opinion.

But regardless of the fact I can back myself up better than most, I typically preface my opinions with an apology: “Sorry, but I looked those facts up and my information is definitely correct”, “Sorry, I just thought we could structure the project this way”, or “Sorry, I need to point out that we’ve already covered that”, especially in the presence of men.

When refuted, even if I have three times the experience or knowledge of whoever I’m talking to, I more often than not either back down, or say, “Let’s agree to disagree.” And the majority of my female friends do the same thing.

However, we absolutely have the power to change this. So, as an experiment to see just how easy this was to do, I decided to go a full week without apologizing for myself once.

The first two days were okay, although I did catch myself about to say sorry for colliding with a guy in the coffee line. I’m not gonna lie; it felt awkward as hell, even though it wasn’t my fault. I’m just so used to saying sorry, and was instinctively worried about his reaction. However, rather than becoming defensive, he asked whether I was okay, and actually offered to pay for my coffee. 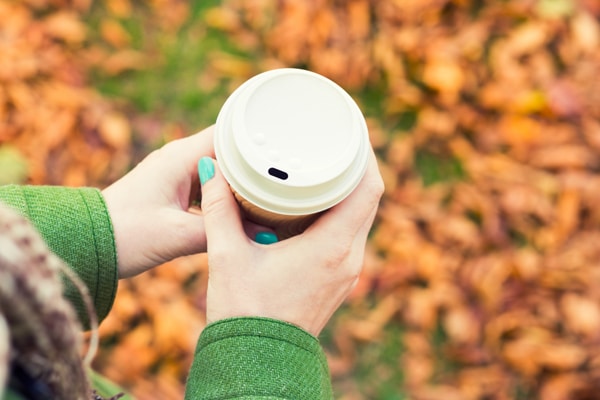 The third day I had to answer a lot of emails. I usually start them off with, ‘Sorry I haven’t gotten back to you until now’, so I had to think for a moment, and finally decided to open with, ‘I’ve been completely under the pump, glad I could finally get back to you!’ Less apologetic, more assertive.

The fourth day was interesting, as I had to go home sick from work. Regardless of the fact everyone was incredibly kind, sympathetic, and understanding, I think I said ‘sorry’ about eight times as I packed up my stuff, without even realizing until hours after the words had escaped my mouth. My boss texted me later that evening, reminding me of my apologizing, and telling me I simply didn’t have to. I couldn’t help being sick, so why was I saying sorry?

The final day was the killer. I got into a political debate with a male friend who disagrees with me on pretty much everything. Our usual pattern is to start calmly, gradually become inflamed, then I cool the situation with an apology and a joking, “Are we still friends?”. But not this time around.

As he wound himself up further and further, I remained deathly calm. With a jolt, I realized the reason I become impassioned about anything is because I’m compensating for an insecurity I inherently feel I’ll have to apologize for. So we continued to argue, and I held back my usual apology, even though he was all but red in the face.

Finally, he had no more answers. We stared at each other for a moment, then he took a deep breath and said something that floored me.

“I’m sorry, I guess we’ll just have to agree to disagree.”

Wow. That was usually my line.

As I got into bed on my final apology free night of the experiment, I realized not only how many times I’d been saying sorry for meaningless, unnecessary things, but the distinct lack of consequence I experienced when I didn’t say it throughout the past week.

Nobody was coming after me with a pitchfork for standing my ground in the coffee line, or belittling me for going home sick from work, or taking it out on me for not replying to an email straight away. And my male friend wasn’t exactly holding a grudge because I didn’t back down. If anything, he seemed to respect me all the more for backing myself.

So, what are we doing to ourselves by apologizing all the freaking time? If we want to be taken seriously, it’s not enough to fight against the pay gap, or rally against rape culture. We’ve got to stop apologizing for doing so, believe in our own worth as women, and back ourselves.

Comment: Are you guilty of constantly apologizing for things?