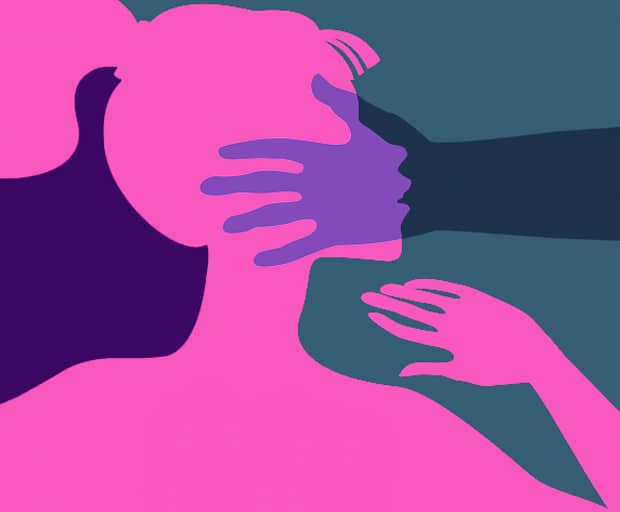 What Being in A Polyamorous Relationship Taught Me About Fidelity

What does consent really mean?

I can’t remember where I first heard the word ‘rape.’ Probably I read it in a newspaper, or heard it on television.

I do have a foggy memory of watching a super creepy episode of Little House on the Prairie as a little kid, where some girl named Sylvia was attacked by a guy in a mime mask, but I’m not sure I realized she was supposed to have been raped.

What I do know, is that for a long time, I believed rape was when a scary-looking stranger with a knife jumped out from the bushes, tore all of a woman’s clothes off her and violently assaulted her as she struggled and screamed.

I never pictured a cute young guy with floppy hair and twinkly eyes whispering apologies into my ear, kissing the places he’d later hurt me and curling up against me afterwards as if nothing was wrong. My rapist said he thought I’d wanted it, thought I’d liked it. Going to the police never even crossed my mind. In fact, when he showed up at my apartment the next day, I opened the door and let him have sex with me again. I was confused and terrified. Silent tears ran down my cheeks the whole time.

Was it rape that second time too, or only the first?

In her comedy sketch show, Inside Amy Schumer, comedian Amy Schumer famously joked that every woman has been “a little bit raped,” calling the “gray area” of rape “grape”. “I don’t remember yelling ‘YES!’” she laughed in her stand-up act.

But there’s also something more serious to this idea.

Haven’t we all been in these gray area situations? If you didn’t want to have sex with someone, but were too drunk or high to say no, was that rape? If it was ‘only’ oral sex you did without wanting to, was that rape? What if it was a partner you shared a bed with every night, and he begged and pleaded until you gritted your teeth and gave in, even though you really didn’t want to have sex?

The bill went on to clarify that, ‘Lack of protest or resistance does not mean consent, nor does silence mean consent. Affirmative consent must be ongoing throughout a sexual activity and can be revoked at any time. The existence of a dating relationship between the persons involved, or the fact of past sexual relations between them, should never by itself be assumed to be an indicator of consent.’

You don’t have to scream. You don’t have to fight back. You can be silent, or go limp, or cooperate – if someone has sex with you and you didn’t make it crystal clear that you were a willing participant, that’s rape.

If you think that sounds harsh, plenty of people agree with you. Most states don’t actually have affirmative consent laws — notably Oklahoma, which just excused a 17 year-old boy for forcing a 16 year-old girl to perform oral sex on him because the girl was semi-unconscious from alcohol consumption at the time.

What if, instead of teaching girls to be careful, we start teaching boys the definition of affirmative consent? What if we stop teaching women that our bodies are sex objects, and that our worth shouldn’t be measured by our desirability?

If we begin to redefine ‘rape’ to include the gray area; as not an exclusively violent act perpetrated by masked strangers, but also something that happens to most of us at one time or another because we’ve been taught to believe it’s okay or perhaps even our fault if we were drunk or flirted or didn’t scream loudly enough, maybe there will be a little bit less shame and confusion around the issue and maybe someday, we won’t have to worry whether or not we’ve ever been ‘a little bit raped’.

Comment: Do you agree there’s a gray area with rape that most women have experienced?