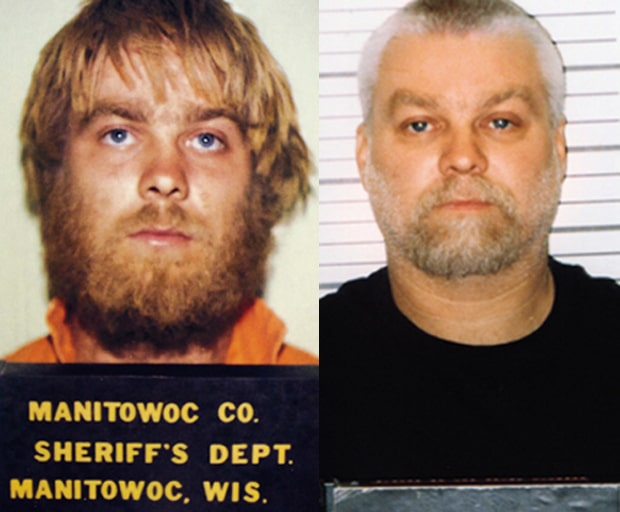 Why I Victim-Blame My Mother

So you can mentally prepare for season two…

It’s been eight months since Making A Murderer was released on Netflix and became one of the most watched and debated documentaries ever.

The 10-episode show, which follows the case of the alleged murderer of Teresa Halbach, Steven Avery, drew worldwide attention to America’s flawed justice system which – many believe – managed to wrongly convict and imprison Avery twice.

To quickly recap, Avery served 18 years in prison for a crime he didn’t commit. Then, after being exonerated in 2003 thanks to DNA testing, he filed a lawsuit against Manitowoc county for compensation for wrongful imprisonment, only to be convicted again in 2007 alongside his nephew Brendan Dassey after photographer Teresa Halbach was killed and her remains later discovered on the Avery family’s property. Though the 54 year-old is still behind bars serving a life-sentence at Waupan Correctional Instituation in Wisconsin, there have been plenty of juicy developments since the show finished up, which have been case enough for Netflix to announce a second season of Making A Murderer.

Although there’s no release date yet for the highly anticipated second instalment of the show, it’s unlikely to take another 10 years of filming like the first season did, which was filmed from 2005 to 2015. So will the truth finally prevail in season two? We can’t wait to learn more about the case and Avery’s cutthroat new legal team. In the meantime, to whet our appetites, here’s a look at what the documentary’s captivating cast members have gotten up to since filming ended… 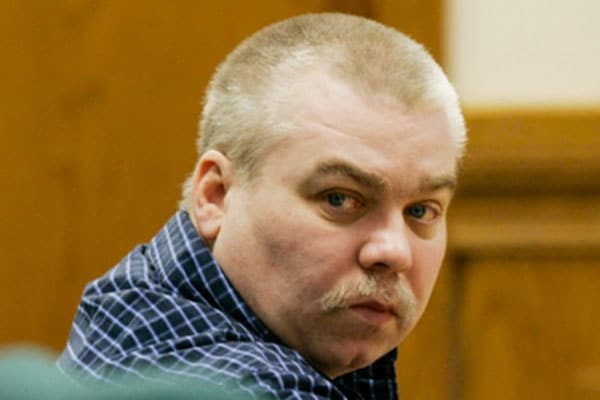 The 54 year-old is currently serving his tenth year in prison for the murder of Teresa Halbach (taking his total time spent behind bars to 28 years). He appointed a new legal team in January and has said he “wants every forensic test possible done, because I am innocent.” Avery has currently exhausted all of his appeals, meaning his only hope of release hinges on the discovery of new evidence, something his new lawyer, Kathleen Zellner, has hinted at, revealing in a recent interview she may have evidence that will “conclusively establish his innocence.”

His ex-fiancé, Sandra Greenman, broke off their engagement in January because Avery refused to adopt her Christian faith, though according to Greenman, the two are still friends and speak on the phone regularly. 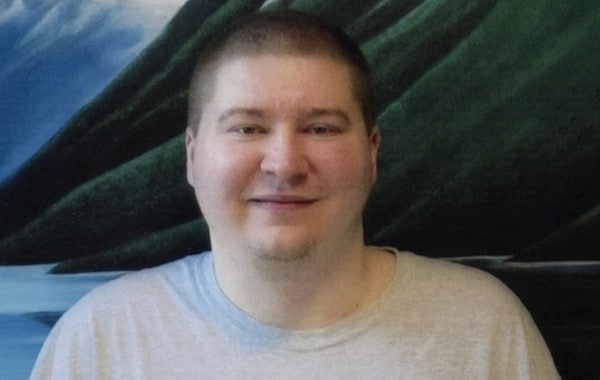 So what does Brendan Dassey look like today? Very different, that’s for sure. The now 26 year-old was convicted when he was just 17, and we knew him best as the softly spoken lanky nephew of Avery. Since his sentencing, Dassey has gained a significant amount of weight and is now barely recognizable from his former self.

Dassey also attracted the most public outcry and support after the documentary depicted him as struggling with learning issues; and the ongoing campaign to free him looks to have finally been successful. After almost a decade behind bars, last month, a judge overturned Dassey’s life sentence, deeming his confession be reclassified as involuntary under the law. If the case is not appealed, the 26 year-old could walk free within 90 days. *Watch this space* 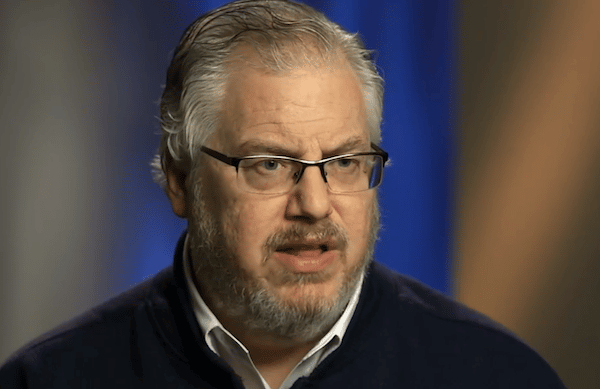 The Avery case prosecutor became the villain of the show after several scenes revealed his slimy manipulation of the facts to suit his case, seeing him deemed a smug liar by millions of viewers. The negative publicity that followed after the show, and included news of his involvement in a 2009 sexting scandal in which he breached the client-lawyer relationship by sending graphic sexual messages to a female client, saw him forced to resign from practicing, which deeply affected the MAM cast member. In a recent interview, he admitted to having been addicted to prescription drugs and even feeling suicidal.

“After this whole thing kind of blew up I became suicidal,” Kratz told the Appleton Post Crescent.

“I actually put a gun in my mouth and was really, really having a hard time with having kind of gone from very well-respected and obviously very into my job, to really vilified within maybe a 48- or 72-hour period.” 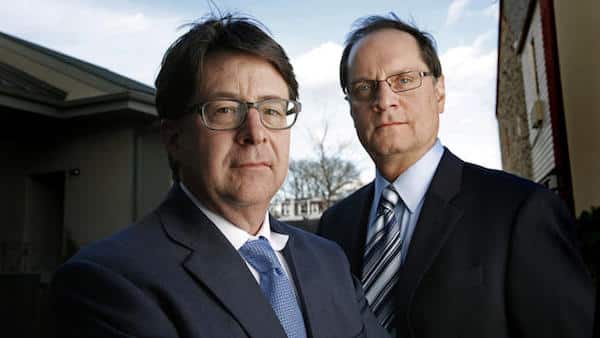 The beloved lawyer duo who represented Avery during his trial in the MAM documentary have been making the most of the media attention they’ve attracted since the show aired on Netflix, touring the US with their A Conversation On Justice Q&A sessions. They’re both still active lawyers and, according to Strang, occasionally check in with Avery to see how he’s doing.

“Jerry and I both have always been in touch with Steven, on and off,” the lawyer told The Daily Beast.

As to what his real thoughts are on the Avery case, now that he’s no longer involved in it, Strang said, “Could he be guilty? Sure, he could. Do I think he was proven guilty? No. Do I think there’s a real strong chance he could be innocent? Yes. But that’s just me. I wasn’t asked to decide.” 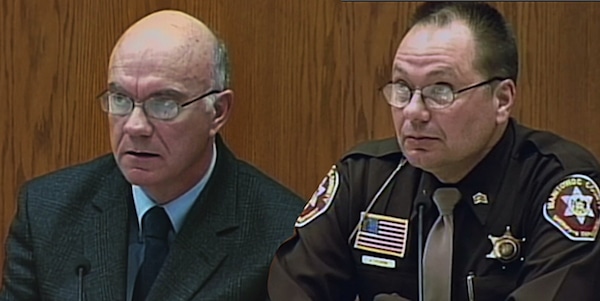 The now infamous shady Manitowoc county sheriff Lenk and sergeant Colborn are best known for conveniently discovering the suspicious evidence that helped put Avery in prison, which the MAM documentary seemed to highlight they had in fact been involved in deliberately planting, after breaching several rules about entering and interfering with the crime scene.

While Holborn has continued to climb up the ranks to lieutenant of Manitowoc County since the show began filming over a decade ago, Lenk has since retired and lives in Arizona, and has turned down all requests for interviews about the show. 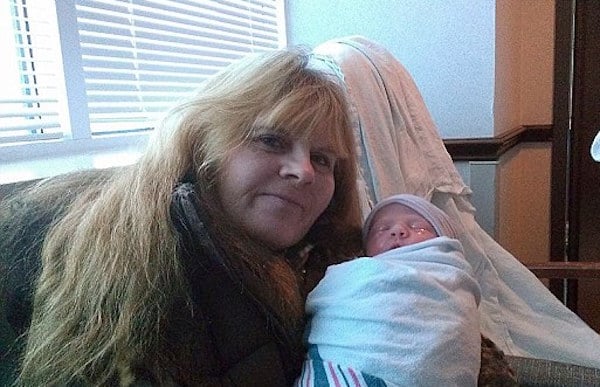 Brendan Dassey’s mother featured prominently on the MAM series trying her best to get her son out of prison. She still regularly posts updates on her son’s case on her Facebook page and recently showed off a “Justice for Brendan” tattoo on her leg.

Though Tadych has been called ‘press averse’ by media after repeatedly avoiding making any public statements about Dassey’s case since the show debuted in December 2015, she did share a Change.org petition asking to free her son on Facebook, adding the following plea: ‘Share share share away sign sign sign away help my baby boy. He wants to come home where he belongs … help this poor boy come back to his family.’ And that could soon be a reality… 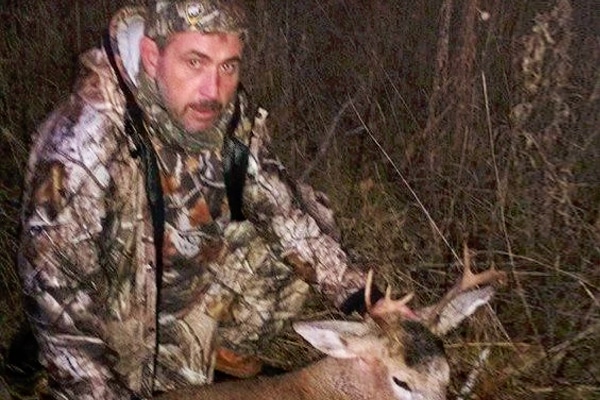 Dassey’s stepfather, the now fairly reclusive MAM star, Tadych has been the focus of several conspiracy theories since the show ended which suggest he is the real murderer of Halbach, though he and stepson Bobby Dassey infamously provided each other with alibis during the trial.

According to his Facebook page, Tadych still lives in Wisconsin and continues to be an avid hunter. He has largely avoided media attention and making comment on the case since the series aired. 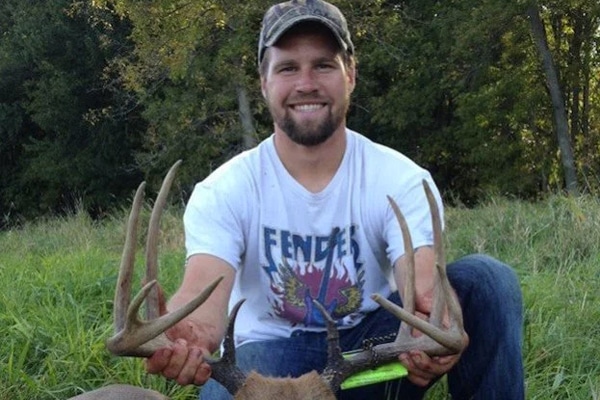 Brendan Dassey’s brother Bobby Dassey is best known for his shocking testimony during Avery’s trial, in which he claimed his uncle, Steven Avery, asked him to help “get rid of a body” in the days following Halbach’s disappearance, ultimately implicating his uncle in the crime, which his brother was also later convicted of.

Despite this, Bobby Dassey appears to still be on good terms with his uncle and brother, and is friends with several members of the Avery and Dassey families on Facebook. Now 30, he still lives in Wisconsin and has a three year-old son to wife Kendra Dassey.

Images via facebook.com, netflix and youtube.com.

Comment: What’s your theory on what really happened to Teresa Halbach?

This Is What Really Goes On At A Yoga Retreat

I Dated A Male Model And It Made Me Feel Insecure

Making A Murderer’s Steven Avery Is Getting Married