What Happened When I Lived On Home-Delivered Healthy Meals

It was a game-changer.

For the past two months, I have neither cooked, nor done any grocery shopping, and yet, I’ve had a minimum of three fresh, healthy meals per day. All I had to do was open my fridge and choose from a range of breakfast, lunch, or dinner options – it’s every busy (or lazy) person’s dream.

Over eight weeks, I trialled four different healthy food delivery services, a lifestyle trend that increasingly more people take advantage of, and it isn’t hard to see why. In a time when most of us struggle to have a healthy work/life balance and we all wish we had more hours in the day, grocery shopping and cooking seems like a real nuisance.

So we end up buying takeaway to save time, sacrificing our health in the process, as most takeaway food is high in fat and carbs, but the lure of a quick burger or slice of pizza is hard to resist. It’s a vicious circle I wanted to escape, and so I signed up for eight weeks of healthy convenience all while keeping my exercise regime (two hours per week) the same.

It sounds dramatic, but it quite literally changed my life. From not having to worry about shopping and cooking to feeling more energetic and losing weight, the positives definitely outweighed the negatives (chocolate cravings and watching my husband eat pizza while I nibbled on a salad). 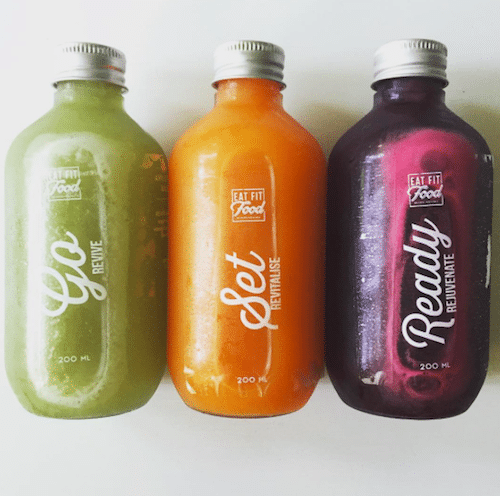 It was so exciting to find three cooler bags filled with food in front of my door on Monday morning – that’s right, my food was delivered during the night so I had it in time for breakfast. I received three to four days worth of food twice a week, which made it really easy to store everything in my fridge and also meant that anything I ate wasn’t older than four days.

The food was delicious, nutritious, and most of all, filling. Of course the portion sizes were fairly small as my meal plans were calorie controlled, but there was enough fibre and protein in every meal to keep me somewhat full until the next one.

There were healthy desserts every now and then which surprised me; raw chocolate and raspberry cheesecake was exactly what I craved after a few days without sugar. Despite having these sweet snacks, I’d lost four pounds after two weeks and didn’t even feel like I’d been on a diet.

Some of the dinners required me to toss everything together in a frying pan, which I guess could be considered as cooking, but nothing took longer than five minutes.

Feeling brave I moved to a 1200 calorie per day meal plan. I can’t deny the lunches tended to be quite small and didn’t always fill me up, but that’s what you get for trying to lose weight efficiently.

At the end of week four, I’d lost another two pounds. 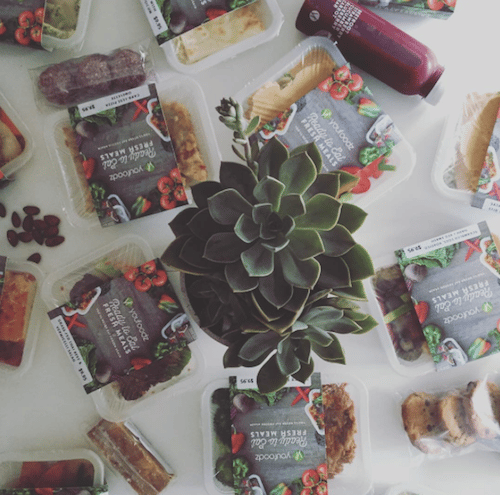 This time round, my food was delivered once a week.

The meals were filling and felt slightly more decadent than with the previous services. It was hard to believe that on average, my daily calories didn’t exceed 1300 as meals included raspberry and coconut protein pancakes, sticky pulled pork, and Greek lamb salad with creamy feta dressing, but according to the labels, everything was fairly low in calories.

I cut down on some of the snacks as they were delicious, but quite high in sugar, and by the end of week six had lost another two pounds.

I was starting to miss some of my husband’s cooking, and cheated with chocolate on a few occasions, but what surprised me was how much I had become used to eating smaller portions. I definitely felt full faster, which is probably why, at the end of week eight, I had lost another two pounds. 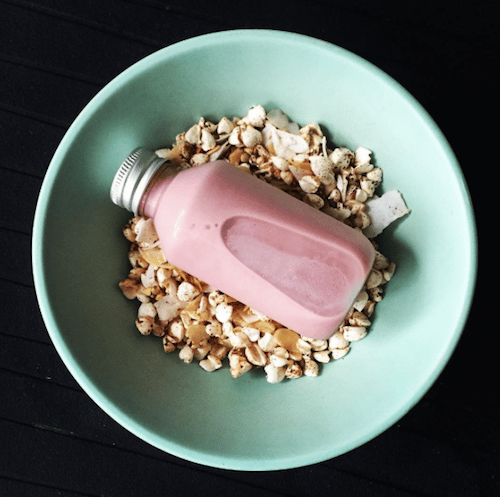 Before I started getting my food delivered, I thought the main benefit would be their health factor and calorie control. I expected to lose a bit of weight and cleanse my body from all the junk I tend to snack on. What I didn’t expect was how incredibly time-saving it was not having to shop or cook. It was so liberating not having to worry about what to cook each night, or what to buy for lunch. I felt much more relaxed as I had time for more important things.

Moreover, it was a great learning experience to see that small portions can make you full, too. I realized I’d become used to overeating and am happy to say I now see how important portion control is.

As with most people, I can’t afford to keep getting my food delivered for the rest of my life, so instead I’m going to use what I learnt to try to cook healthier for my hubby and I and snack less. And if I ever feel like I need assistance, a healthy prepared meal is just a few clicks away.

Comment: Have you ever tried home delivered diet meals? Did you feel any better eating them?