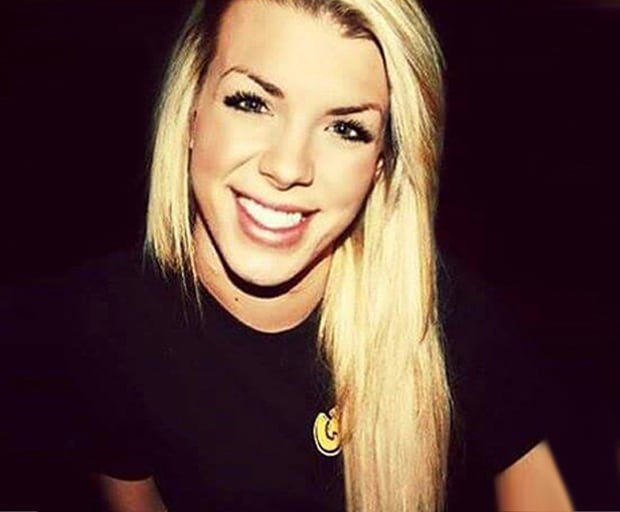 12 Reasons Tequila Is Actually Good For You

“I was different since I can remember.”

Meeting with an old classmate recently, I was forced to confront an issue I knew little about, being transgender.

Jill* had been a buddy at school, but we were never close. At our graduation we had hugged goodbye and pledged to stay in touch, but ultimately I knew I wasn’t going to keep in contact.

In recent years I’d heard stories about Jill, but she’d cut off contact with everyone in our year, so at best, it was gossip. So when Jill arrived at our reunion as Jim*, I was both fascinated and confused. How should I refer to Jim? Would he still be the same as the Jill I’d known in school? What had provoked such a life-altering change?

With a few drinks in my system I mustered up the courage to speak to him. After a minute or so, the conversation flowed as it had all those years ago. Although he was wearing masculine clothes, had stubble and a deeper voice, his personality was exactly the same. He made the same jokes, had the same laugh and the same mannerisms. He was the person I’d said goodbye to all those years ago, but appeared…happier? It was then I began to want to learn more about what it meant to be transgender.

So it seemed somewhat poignant when my editor asked me to write a story on being a transgender woman.

Taking to my keyboard like any tech savvy Gen-Yer would do, I scoured the internet. After multiple attempts on forums and trans websites, I stumbled across Ty Kowalski, a 21 year-old vivacious blonde confidently telling her story to the world on YouTube.

In our initial contact she was as bright and honest as she’d been in her videos. 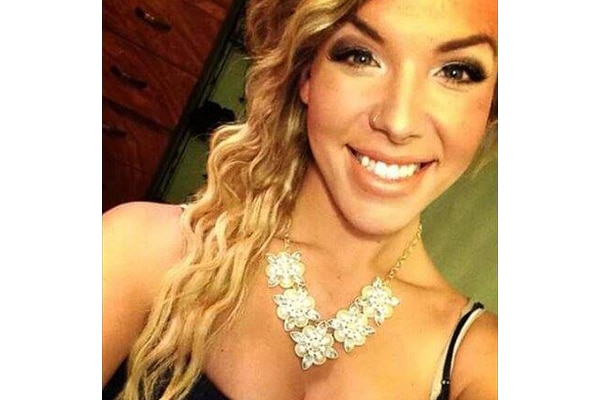 “I was different since I can remember. I would love playing with Barbies and I identified more with my female family members as well as female characters in TV shows and movies,” she recalled with a fond smile.

“I remember telling my grandmother, ‘I want to be a girl, I want to wear dresses to school.’ For a long time, I thought a lot about what people would think about me and the person I was trying to become. But at the age of 13, I decided I wasn’t about to put my happiness in the hands of people who were only going to bring me down. I just had to forget about what everyone thought and let their words motivate me to be who I really wanted.”

Kowalski’s candidness about her feelings of estrangement from her body immediately made me think of Jim. Had he always known too? And if so, why hadn’t he been so outspoken? But as Kowalski spoke about her family’s reaction to the news, I started to understand why Jim had stayed hidden inside Jill for so long.

“My family claims today they always knew, but for a while, it was a huge deal for them. I just did what I wanted, even if I didn’t have their approval. Everyone eventually supported me, but my parents had a harder time with it. After a little while they understood, but they still worry a lot about my safety. They were worried about people and what they’d think. They just hated talking about it.”

“I got to highschool and I told my mother, ‘Listen, this is who I want to be, this is what I’m going to be, and no one is going to stop me.’ I think I just got to a point where I could not care any longer, because what kind of life are you going to live if you’re not living it for you? If you’re letting other people dictate your happiness, that’s not ok.”

When I look at Kowalski, it’s hard not to be captivated by her beauty. Dressed in a leopard print shirt, wearing hoop earrings and a head full of luscious golden locks, it’s difficult to imagine she came into this world male.

“My transition period was a little faster than others. It started in 8th grade. I was on hormones until about a year ago when my insurance was taken away. They had an overwhelming affect on me and I felt more like myself. I hope to get back on them as soon as possible. I have not had any surgery sadly, but that’s all in the works. I can’t wait to get surgery and make myself more at ease.”

But while Kowalski paints a pretty picture, her experience hasn’t been all smooth sailing. When she speaks of dealing with bullying during her school years, her eyes glass over. Though with a deep breath, she manages to carry on telling her story; it was the thought of family, friends and other transgender teens which she says got her through – a testimony to her inner strength.

“The fact that I knew I was helping someone else’s journey in the long run helped motivate me not to give up. Believe me, there’s been moments where I’ve wanted nothing more than to give up on life all together, but I had girls like myself reaching out for advice. There has never been a moment when I’ve questioned my decision. I have second-guessed life itself, but never my decision.”

Sadly, Kowalski’s battle with depression as a teen is not uncommon among transgender kids. The pressure to conform and live a false life can take a devastating toll. According to the 2011 National Transgender Discrimination Survey, a staggering 41 per cent of all transgender people have at some stage attempted to take their own life. A tragic number when you consider all transgender people want to do is align their body with its true spirit.

My heart breaks a little when I think back to Jim and wonder if he ever considered something so devastating before making his transition. All I can do is hope he had the support Kowalski eventually got.

“If I could go back and talk to my younger self, I’d tell her to disregard everyone’s thoughts during my school years, because they don’t apply in the real world. I’d say, ‘No matter what, you’re beautiful and you’ll make it through.’ I didn’t hear that back then, so it would have been nice to have a little extra push.” 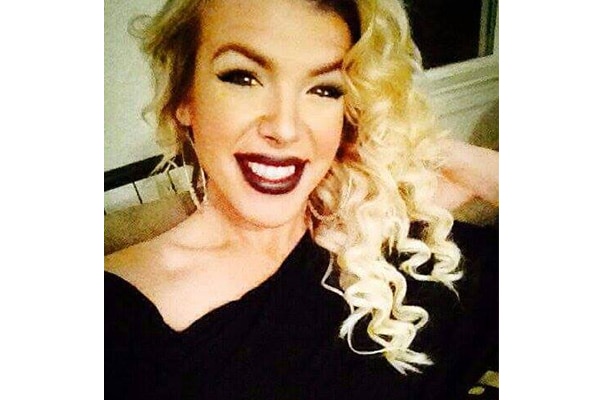 But what about the idea that transgender teens are simply undergoing the same identity crisis we all go through during adolescence?

There are over 700, 000 people in the US alone who identify as transgender. The decision to take hormones and begin self-identifying as a different gender to your physical appearance is life-altering enough to prevent anyone intentionally exposing themselves to the stigma, abuse and mistreatment that so often comes with the change.

Twenty-six per cent of trans adults have lost their jobs as a result of being trans, and a staggering 19 per cent of transgender youth have experienced violence and abuse from family members after coming out. But Kowalski hasn’t given up hope that things will change.

“I’d love for the wider world to understand that, like it or not, we are people too! People don’t have to like or agree with what I do, but if they have any kind of respect, they should think before they speak. Why do people have to pick us out and make us feel like we are worth less than what we are? That’s what causes suicide.”

It’s been a long road, yet this 21 year-old is doing anything but living her life in the shadows. Kowalski’s honesty and openness about her journey has allowed her to have the life she always wanted, in more ways than one.

“I’m an open book with being transgender, so the way my boyfriend and I met is a funny story. He messaged me on Facebook and told me regardless of who I am, I’m still a beautiful girl and to never give up. Originally I thought he might have been a typical meathead creeper but he was so genuine. After that initial contact, our relationship just bloomed.” 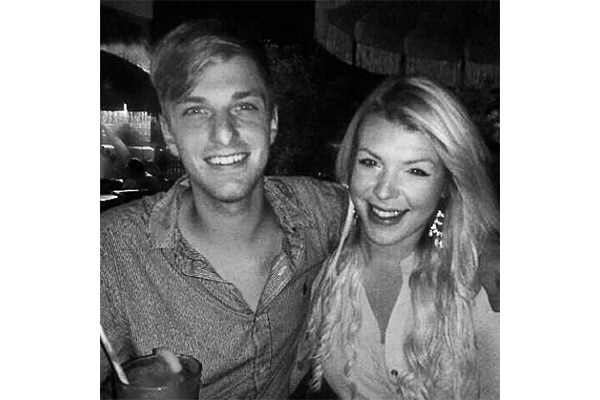 When Kowalski speaks about her relationship with her partner, a smile immediately spreads across her face.

“He treats me like the woman I always thought I was. He is the most real and beautiful part of my life.”

Despite the social judgement and moments of self-doubt, it’s clear Kowalski has finally found peace with herself.

“I finally became comfortable with being transgender, but there’s always those hard days of why me? Why do I have to be this way? Why did God have to choose me to be this way? Honestly, my answer to everyone else is; I am this way because the other person probably couldn’t handle it as well as I did. It made me a better person, it made me look at the beauty inside of people. ”

It’s hard not to reassess my life talking to the effervescent blonde. Though Kowalski hasn’t won the lottery, she’s becoming who she always knew she was meant to be, and that’s win enough.

“Looking forward, I’m going to continue making videos about my journey and put myself though cosmetology school soon. My future’s looking bright.”

I haven’t spoken with Jim since our reunion and I’m not sure Kowalski and myself will remain in contact, but I’m glad we met. It’s been a long and tough journey, but, just like thousands of others, they’ve finally found happiness and peace within themselves. And after meeting Kowalski, something about Jim suddenly becomes very clear. He wasn’t trying to become someone else, just the person he was always meant to be.

If you’d like to know more about the transgender community, head to transawareness.org.

You can watch Ty’s video here.

Comment: Do you think there needs to be more understanding about transgender issues?