What I Learnt From The Worst Date Of My Life

Luckily there are plenty of polite fish in the sea…

I’ve had more bad dates than I can count on my fingers, toes and eyelashes. I’ve found myself agreeing to dates when I knew I had nothing in common with the guy, known by some overzealous kisses hello that they were only after one thing (that wasn’t on the menu), and wasted money on impressive outfits for dates I didn’t even want to impress. Why? Because we all want to be given the silent tick of approved after our first-date performance is over. Even in real life we want guys to swipe right.

But flicking through my bulging mental catalogue under Y for ‘yikes, that was a bad date’, I stumbled on one I’d obviously buried so deep I’d almost forgotten about it. My face scrunched with the memory, my head hung low as I relived the horror and I groaned ‘urgh’ out loud. Because nestled in that file was a blind date I was once set up on by a friend when I was living in New York. She was new friend I didn’t know particularly well, but she was down to earth, amusing and incredibly pretty, and I expected her friends to be the same by association.

She had a single “very eligible, gorgeous” friend; let’s call him Ryan, for fear he stumbles on this piece and connects the uncomfortable dots. When she told me more and asked if I’d like her to set me up, I smiled wide and raised my hopes in excited anticipation. Before I knew it, she’d shown him a photo of me and a table for two was booked at one of NYC’s glitziest restaurants – because, as it turned out, the icing on the “very eligible, gorgeous” dating cake was that Ryan was a self-made millionaire working in real estate.

I had scraped together my rent money to buy a suitably snazzy outfit, and was shaking like giddy jelly on arrival as I stepped out of the cab. He was good-looking and well-dressed, his kiss hello was suitably charming, and I was impressed with his confident small talk on the way to our table. But that was where the fun stopped.

The way he spoke to our waiter was so outrageously rude I wanted to stand up from the table and go home immediately, tipping water into his lap on my way out to calm those raging, conceited flames of arrogance. 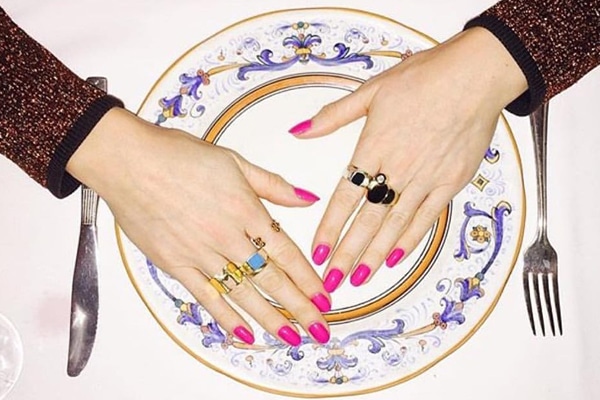 Over dinner I threw the waiter a series of apologetic smiles as my idiot date barked orders like he owned the restaurant. Maybe he did – I didn’t care then and I don’t care now. All the money, fame and success in the world never, ever gives you an excuse to speak rudely to anyone. To hear him disparage and degrade, belittle and demean was excruciating. It was as though he felt this was a play-thing to prove his worth.

The way your date speaks to a waiter is so incredibly telling. Listen carefully, because it can save you months of wasted time dating someone who is ugly no matter how gorgeous they are. It speaks volumes about respect and the unbeautiful personality secretly lurking underneath fancy suits, no matter how much they’re worth or how finely pressed they are.

I felt so uncomfortable I couldn’t concentrate on his conversation, and instead focused on chewing my salad rather than choking on it. I couldn’t wait to get home.

When my friend had asked if I would like to go on a date with her single millionaire friend, I lost myself for a moment in an utterly shallow, superficial fantasy. I let my mind run away with me as I, for a split second, imagined love at first sight, trips across the world, walk-in wardrobes and the beginning of a fairytale life fit for a princess. I let myself down by forgetting, albeit briefly, a bank balance is never more important than a rich personality. I’d rather go on a date to McDonald’s with someone who sparkles from within than to a swanky restaurant with someone who’s dead inside.

It reminded me that if I’m ever meant to be a princess, it will be with me standing beside a worthy prince, because respect towards others is, well, priceless.

Comment: What’s the worst thing you’ve seen someone do on a date?