What Is A Blended Orgasm? (And How To Have One)

Get the best of both worlds…

Have you ever noticed that an orgasm feels different depending on how you have it?

While the female orgasm – clitoral, or vaginal – occurs statistically less often than a male orgasm (curse the orgasm gap), people with clitorises and vaginas have one major plus-side in the bedroom; the ability to have multiple kinds of orgasms, one of which is a blended orgasm. 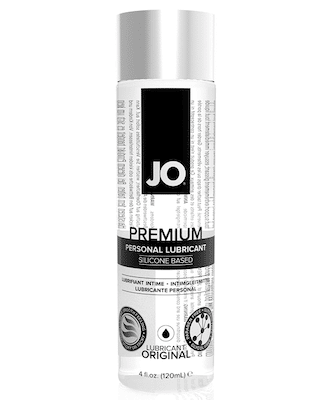 Whether playing by yourself, with sex toys, or with a partner, lube is a must in the bedroom. When it comes to sealing the deal on having an orgasm – especially a blended orgasm – making sure everything is wet and wonderful down there is the first place to start.

What is it and what does it feel like?

Simply put, a blended orgasm is a clitoral and vaginal orgasm happening at the same time. The two simultaneous orgasms result in a more intense, full-body orgasm.

In two studies from the 1970s, women self-reported what they felt were the differences between clitoral and vaginal orgasms; they described the clitoral orgasm as “localized and intense”, and while it was satisfying, a vaginal orgasm lasts longer and is usually a deeper, whole-body, throbbing sensation which is more “psychologically satisfying”.

The best way to understand (and therefore, have) a blended orgasm, is to know the differences between the two most common orgasms that result in a blended-O.

Clitoral orgasms are typically easier and quicker to achieve than its vaginal counterpart and according to a 2016 study, 34 percent of women orgasm through clitoral stimulation alone.

G-spot orgasms, on the other hand, are usually more intense because they happen deeper in the body, and can sometimes be felt by the person penetrating as the vaginal walls will pulse. The above study found only around six percent of women can reach orgasm through exclusive g-spot stimulation.

A blended orgasm will give both of these sensations and more. Because both erogenous zones are being stimulated, a blended orgasm is really intense, and can often trigger a range of body reactions from involuntary pleasure convulsions to female ejaculation. Around 54 percent of women need some combination of clitoral and vaginal stimulation to orgasm, and having both at the same time – that’s a blended orgasm.

Of course, every orgasm and human being is different, and so it’s best to never start having sex with a goal in mind – it’s a great way to put too much pressure on yourself and psych yourself out of having an orgasm at all. Having or not having an orgasm isn’t the be-all and end-all of sex, and there are plenty of ways to be intimate and sexually satisfied without having one at all.

However, if chasing a blended orgasm is something you or your partner is interested in, we’ve got tips that will hopefully make it happen… 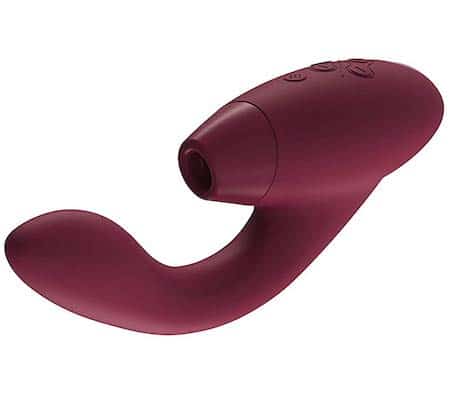 The Womanizer uses air suction technology to deliver the most mind-blowing clitoral orgasms ever. Combine that with a g-spot massaging tip and you have a toy which is extremely likely to send you to blended orgasm heaven.

To have a blended orgasm alone, you first need to locate all of the individual bits; the g-spot and the clitoris.

To find the g-spot, using your fingers or a toy, lift upwards inside yourself in a ‘come hither’ motion towards your belly button. Continue this motion on this area, and with your other hand (or toy), start to focus on your clitoris. The key is timing. 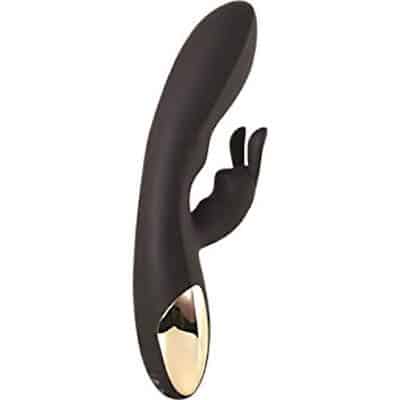 Rabbit vibes are perfect for achieving a blended orgasm solo because it takes all of the work off your hands (literally). The curved tip is designed to stimulate your g-spot while the rabbit ears nestle your clit.

If reaching orgasm from the clit and g-spot simultaneously is a concern for you, experiment with the order of things.

Try bringing yourself almost all the way to orgasm with your clitoris, and then moving to your g-spot. As you massage your g-spot and bring yourself closer to the edge, resume touching your clit, never stopping stimulating your G. Experiment with pressure and speed until you (hopefully) set off both orgasms at once.

And remember, practice makes perfect; if one orgasm takes longer for you than the other, start focusing there first. 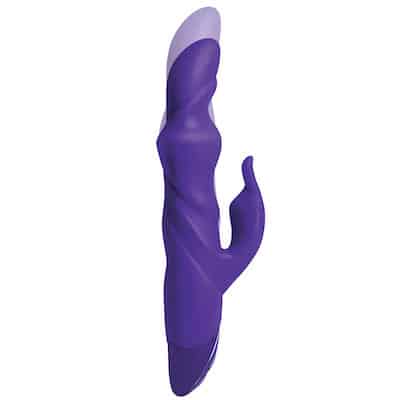 The first step to achieving blended orgasms with a partner is nailing each different orgasms separately with them, first. Tell our partner how to touch your clitoris – whether it be with their fingers, mouth, tongue or toys – in order to get you off. Practice stimulating the clitoris during sex, and once you’re both comfortable bringing on clitoral orgasms during partnered sex, you can practice targeting the G-spot.

The best way for your partner to reach the G-spot digitally is by getting them to do the “come hither” motion with their fingers moving towards your belly button, just like when you’re solo. To reach this spot during sex, elevating the pelvis is the best place to start if the guy is on top (or behind). That way, the penis can stimulate the g-spot while his hands play with your clitoris in the ways you like.

The best positions to achieve blended orgasms are woman-on-top, spooning and doggy, as all of these allow for deep, g-spot penetration and easier access to the clitoris, whether it’s being stimulated by the penis, fingers or a toy. 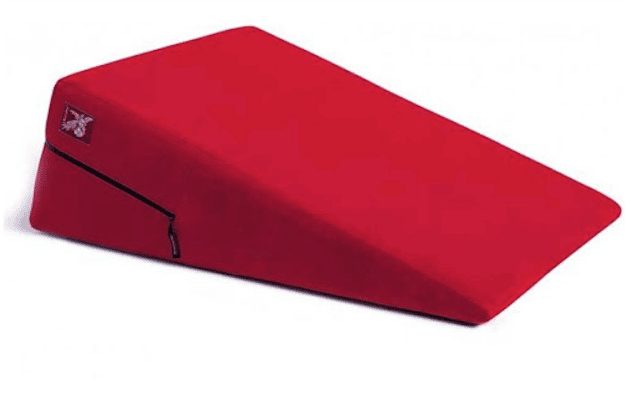 Keeping your pelvis in the right position for eye-rolling, g-spot stimulation can be difficult, especially if you’re also stimulating the clitoris and, you know, all of the other parts of sex that require your time and energy. Having this sex position pillow will really make things a lot easier for you. It perfectly angles you for achieving a g-spot orgasm, as well as making a whole bunch of positions a whole lot easier.

Join the discussion: Have you ever had a blended orgasm?

This is a sponsored post, brought to you by our partners at Wild Secrets