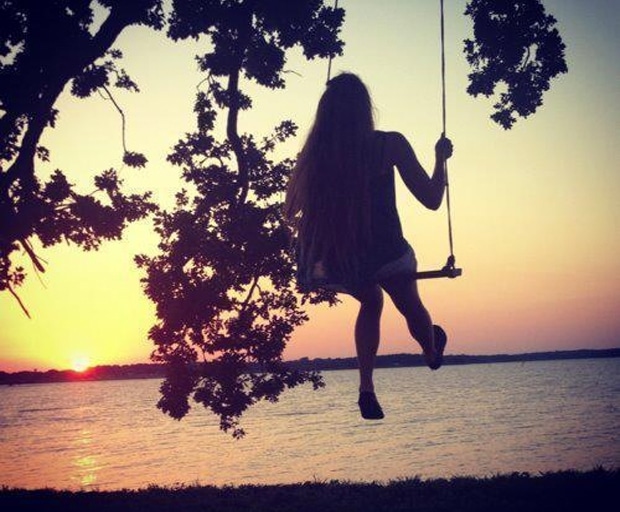 Every girl should be able to say they love their mother…and that’s just not something I can do.

It’s taken me 33 years to come to terms with the way my life turned out, and I’m finally in a place of acceptance.

Though the relationship with my mother can never be healed, my heart is in a place of understanding; understanding that the mother I always wanted…never was.

I’ve mourned the idea of the mother I expected, went through all the stages of grief, and though she is still alive and well, I consider the idea of “Mom” dead.

Before I’m looked at as an ungrateful pig, let me explain.

I was very sick as a child — always throwing up, fevers, body aches. I was taken to several different doctors in various fields of study and no one knew what was wrong with me. Finally, one doctor hastily diagnosed me with “severe allergies.” I was whisked from the traditional classroom and homeschooled until my symptoms eased.

Since my father worked two jobs to support his family, my mother (who for the sake of this piece I’ll call Debbie) stayed home cooking, cleaning, and caring for me, and my half sister and brother. My siblings hated her. Looking back, as a young child, I only saw two people who didn’t appreciate all the things Debbie did. As an adult, I now know the reasons for their hate.

She would mark up some of the food in the fridge and flip out if anything with her name on it was touched by them. If one of them pissed her off, she would suspend doing their laundry for WEEKS, leaving them with moldy bath towels, and very smelly clothes. At one point, she smashed the front door of the house on my sister’s hand when she tried to enter against her wishes (all while my father worked).

I wasn’t allowed to do much, like join extracurricular activities, go to a friend’s house, or do anything that required leaving her side. She ‘cooked’ all my meals (if you consider making Kraft Mac ’N’ Cheese cooking) and always demanded my attention. Once I began making my own meals, my sickness mysteriously disappeared. I have very strong notions that she made me ill on purpose, so that I was forced in her care.

This is generally called Munchausen syndrome by proxy: the caretaker of a child, most often a mother, either makes up fake symptoms or causes real symptoms to make it look like the child is sick. This is an incredibly serious allegation and the severity is not lost on me. I haven’t told my thoughts to anyone but my husband, who agrees Debbie definitely had a hand in my illness.

As I aged, my contempt for her only grew. I was very close with my father, who knew that making Debbie angry would be bad for everyone, so he would usually be the buffer if I had to deliver any disturbing news (i.e. bad grades).

My father and I would go out together every weekend, alone, and I’d discuss with him what happened that week. Certain things we agreed upon not telling Debbie for fear of her wrath.

Every night, I would pray: “Please let Mommy and Daddy divorce. Please let Daddy get custody of me, like he got custody of my brother and sister. Please take me away from her. I can’t be with her.” My prayers were never answered. 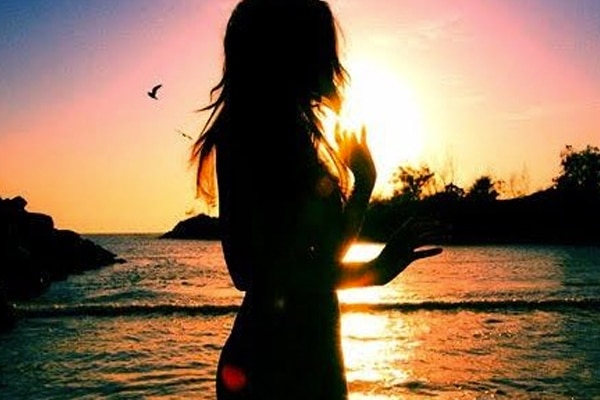 Debbie pretends to be stupid, which is her game. However, much like a criminal mastermind, she is brilliant. She would use toys, and other gifts to manipulate me into doing things as a child; a ploy she used well into my teenage years before I gave up on her.

She’d make me massage her back (when I was about six or seven years old) while she made sounds of pleasure. When I started wetting the bed at eight years old, instead of getting me help, she put me in diapers and insisted she “wipe” me.

Whenever I tell the story, people always ask, “Well, did she hit you?” No, she never hit me. But the emotional damage she thrust upon me has lasted my entire life.

I wake up in cold sweats, unable to breathe, clinging onto the past, trying to remember that it’s okay now.

When I grew older, and more independent, she hated it. I’d be out of the house most of the day and night to avoid any interaction with her, and because I had my own car, and job, there wasn’t anything she could do.

In 2003, my grandmother (Debbie’s mother) passed away. Debbie didn’t tell her siblings until two weeks after my grandmother was buried. For no other reason than pure spite.

Most recently, my father was very ill: cancer, heart failure, the works. She refused to let his children see him in the hospital. She signed paperwork, and since she was his medical proxy, she of course had the final word, stating that we were to receive no information about his heath. It wasn’t until a day before he died that she called my sister; Debbie couldn’t handle his death alone. We were allowed to say goodbye.

I was put in a very precarious position at that point because Debbie can’t take care of herself.

Do I allow her to wither and die alone, or take care of her? I know my father, who loved her despite her MANY flaws, would have wanted me to do the right thing, so I did.

My husband and I take care of Debbie on the weekends, though that doesn’t mean she doesn’t text me (and my husband) every day with fabricated stories, trying to pin us against each other.

The role of daughter is no longer — I now play her parent. I’ve had to explain how water goes down the drain in the shower (I wish I were kidding) and how writing out bills work. She prides herself on the fact she did none of the monetary work in the house. “Dad took care of all that for me,” she says proudly.

I feel sad for her. She lost the only person in her life that ever was on her side.

Taking care of Debbie is a challenge, I won’t lie. But knowing that my father would be proud of my decision makes it all worth it. In the end, I only ever lived for my father.

Had I been stuck with her as a single mother, I don’t think I would have survived. But now, I can say that I am a survivor.

As I raise my son, I see all the things that would have triggered her into a mad rage. It startles me, because I don’t want to become like her. Because I’m aware of it, I don’t think I will.

Growing up, I had unrealistic dreams of what kind of Mom I thought I should have. With everything that I’ve gone through, I now understand it’s not unrealistic, and I promise to be everything to my son that Debbie wasn’t to me. I am redefining the word mother in my head, for both me and my son.

Images via favim.com and tumblr.com.

Comment: Did you grow up with a difficult or abusive parent? How has it affected you?