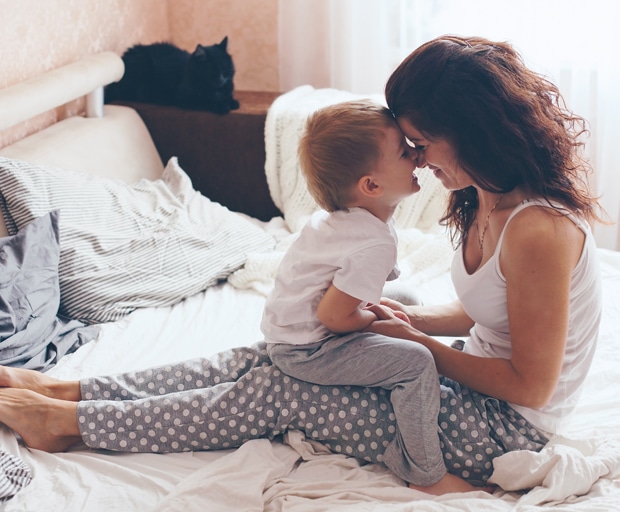 Why I’m Not Afraid Of The F Word

I feel like I’m the only sane person here.

My mother has given me a few small nuggets of dating advice. One that I hold in high regard is “if you’re fighting with each other in the first six to eight months, break it off straight away.” This is because the first months of any relationship should be the easiest and happiest time you’ll ever have with that person, and if things start to go wrong so early, something isn’t right. This makes perfect sense to me. The beginning of every relationship is the honeymoon stage.

With this advice in my head, I’ve always been skeptical of fast moving relationships, especially ones where people get engaged or pregnant during the honeymoon stage of their relationship. One part of me believes people can do whatever they want with their lives and it’s none of my concern, as long as they’re not hurting anyone. But the other part of me – the part that is nosy and opinionated – thinks ‘God, what are you doing?’.

Maybe it’s because I’m from a small country town, but I feel like everyone my age is pregnant (again), getting engaged (again), or getting married. And here’s the kicker; I’m only 22 years old.

I’m happy for people who have kids, because I know how much they love them. And when a friend gets engaged, you better believe I’m going to the engagement party and sincerely wishing the happy couple well. But I can’t help but wonder; what’s the rush?

I’ve heard the sentence “I’m 23 now, it’s time to settle down and have a baby,” which sounds crazy to me. I watched my sister get married at 22 – and divorced at 26 because they both changed so much. I’ve seen a girl have three different engagements in as many years. She’s now engaged to another guy, and their wedding will be held shortly after their one-year anniversary. I hope she has a happy life, but I feel like screaming at her to just wait.

Wait a year. Wait two. I mean, you already want to spend your life with this man, so why do you have to get married right now? Don’t you want to get to know the person you’re vowing to have and to hold ‘til death do you part? I don’t care how in love you think you are; you don’t know a person after one year, or even two or three. You change so much when you’re young. You might be a different person at 18 than you are at 23. Marrying someone before you even know who you are seems risky as hell.

This obsession with getting everything out of the way in the first few years is insane to me, and I can’t comprehend it. If you get engaged, married and pop out your first kid in the first three years of knowing someone, what are you supposed to fill the rest of your time with? I don’t know if it’s because young people today want it all, and they want it now, but there doesn’t seem to be enough time to enjoy the little things and the quiet time if all you’re doing are the big things.

I’m madly in love with my partner, and I’ve known him for nine years. I want to spend the rest of my life with him. But if he proposed to me tomorrow I’d say “not now.” Marriage and kids are a massive life decision to make when you’re so young. I sometimes think I’m an idealistic realist. I want everyone to be happy – but c’mon people, let us be real about this.

Marriage is an expensive gamble. What it if doesn’t work out? If you’re not married and you break up, things will already be hard enough. You have to get your things from their place, and you’ve probably got all the same friends. And divorce is expensive.

Maybe it just seems like everyone’s rushing to the altar and the maternity ward because of social media. Facebook and Instagram make every event in everyone’s lives very visible. Statistics certainly reflect a different story, showing that Gen-Y is getting married later than ever and that some of us might never get married. We’re living in a new age – a strange mash-up of hook-up culture meets married with children at 23.

Personally, I won’t be getting married until same-sex marriage is legal in my home country of Australia. I couldn’t look my best friend in the eyes and tell him I was engaged, knowing he didn’t have the right to do the same.

One more thing: my opinion on this topic comes from a place of concern, not criticism. If you want to get married or have a baby, go right ahead. Our freedom to make our own choices and live our lives as we wish is a great privilege, and I will fight for everyone to have the right to live how they want to. But what’s the rush? Slow down. Consider a long engagement. Enjoy being young while you still are young.

Comment: Do you think rushing into marriage is a bad thing?