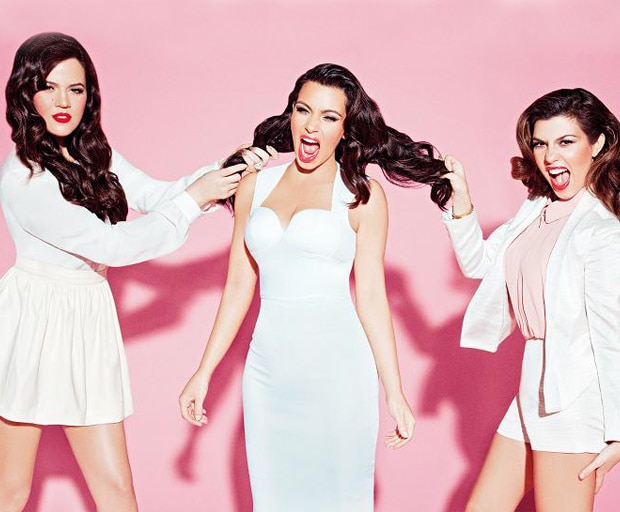 I’ve always been fascinated by personality assessments; I’ll take any quiz or read any theory that purports to enlighten me about myself. Astrology, Myers-Briggs, the Enneagram – I’ve studied them all. (Scorpio, ENFJ, Enneagram type 7, just for the record.) But the one theory I’ve never been very interested in, is birth order.

Maybe the reason that one never appealed to me is because I’ve always resented being the baby of the family. If youngest children are supposed to be given special treatment in some way, I never felt it. And my status as youngest was compounded by the fact I was the last-born of not one, but three separate families: the original family of my mother, father, brother and me; my dad’s new family of him, my stepmother, a stepbrother and stepsister, and my brother; and my mother’s new family of her, my stepfather, two stepsisters, and my brother. Phew. And no matter where I went, I was the baby – and I hated it. But birth order theory may actually help explain my bitter feelings about my place in the family.

So, what else can our place in the sibling lineup tell us about ourselves? Maybe this primer on birth order theory will shed a little light…

Firstborn children are typically high-achieving and rigid, perhaps due to bearing the burden of their parents’ hopes and dreams more than subsequent children. They’re also usually given the most responsibility, and are expected to serve as role models for their younger siblings. But besides being a role model, they’re also something of a test case. We’re all familiar with the ‘first pancake’ theory, right? That’s the idea that the first kid turns out the ‘worst’, because their parents don’t know what they’re doing yet.

But even if parents make mistakes, firstborns do benefit from having them all to themselves for a little while, at least. A 2007 study in Norway showed that oldest children scored better on IQ tests than later-borns. Still, those high expectations firstborns are subject to can backfire.

“When [an oldest child] feels like he’s disappointed his parents or can’t measure up, he may veer off in another direction,” says The Birth Order Book author and psychologist, Kevin Leman.

Middle children are known for being peacemakers and social butterflies; more even-tempered and fun to be around than oldest or youngest kids. That’s because they have to be pleasant in order to survive in the family.

“Middle-borns don’t have the rights of the oldest or the privileges of the youngest,” according to The Secret Power of Middle Children co-author and psychology professor, Catherine Salmon.

Negotiation and compromise are the name of the game for middle children, who often act as go-betweens for their older and younger siblings. And if there are more than three of you?

“There’s a principle that each child is trying to be different from the one immediately older,” Salmon told Real Simple.

“So if you had three middles, the first and third would likely be a bit more similar to each other than to the very middle child.”

Youngest kids get a bad rap for being spoiled and getting away with murder, but if that’s true, consider too that the baby of the family also often has access to the fewest resources. Parents tend to be depleted of both financial and emotional stores by the time their littlest one is growing up, leaving the baby of the family to more or less raise themselves. Because of this, “parents are more lenient” with a youngest child, says Salmon – and that’s not always a good thing. Youngest children can feel like an afterthought, and as a result, more easily get up to trouble with no one to monitor their every move, as their parents are likely to have done with their firstborn.

And, as I know from experience, youngest children are often left out of things, always being viewed as being ‘too little’ to participate in activities like staying up late, watching scary movies, or playing complicated card games with the rest of the family. I’m still mad about it!

What if you don’t have any siblings at all? Leman, the birth order expert, calls only children ‘Super Firstborns’ – meaning they have all the characteristics of an oldest child, but intensified. The good news about this is, so-called ‘Lonely Onlies’ are likely to be very creative (because they have to entertain themselves), high-achieving (because their parents focus exclusively on them), and well spoken (because they spend more time around adults). But, Leman warns, only children are also prone to being selfish, perfectionistic, and prone to throwing fits when they don’t get their way. Sorry, only children. I guess being the baby of the family isn’t so bad after all…

And if  none of these descriptions feel like they fit, that’s pretty typical, too. The White-Campbell Psychological Birth Order Inventory, which was developed to measure how people stack up against their supposed ‘type’, found only 23 per cent of women and 15 per cent of men actually match their birth order profile. Things like inborn temperament, gender, physical size, and age spacing can all throw a wrench into birth order theory.

Basically, there are too many factors at play to say definitively that your birth order will determine your personality. So, what’s your sign?

Comment: Are you a firstborn, a middle child, a baby, or a lonely-only? Does the description fit for you?