Move over Bridezilla, enter the Maid Of Dishonor.

That’s the correct response to being invited to a bachelorette party, isn’t it?

I thought it was a no-brainer. But having crossed the line and committed, I’ve been left to repent at my leisure for not foreseeing the pitfalls of having to deal with my girlfriend’s chosen maid of honor, whose outrageous pre-wedding demands were anything but honorable.

Maid of dishonor wants me to cough up $400 for ‘my share’ of the do, which starts with a mani-pedi, followed by an afternoon boat trip, then onto dinner and drinks. I am assured that this price, “might seem expensive” but that it covers the cost of, “a gift and ‘other essentials’.”

I’m sorry, are we buying her a car? Is Channing Tatum making a special appearance during dinner?

When did maid of honors become the new Bridezillas? It used to be a stressed, wide-eyed bride steering the crazy ship to moor at the dock of wedding. Now, the baton of extreme mandates has seemingly been passed to her right-hand woman. Didn’t it used to be that she was the one stroking her hair, carrying her bouquet and keeping a calming lid on this experience?

In the good old days, a bachelorette party was dinner at a table covered with confetti, a sash labelling her ‘bride to be’, a plastic tiara, penis straws and possibly an ‘L’ plate. That was it. You ate a bit, drank a lot, danced badly, then the bride to be forgot the rest of the night and it was deemed a tremendous success. Cosmo’s first piece on the trend didn’t even run until 1998, this is not an age-old tradition and it’s turned into a money-making fiasco. 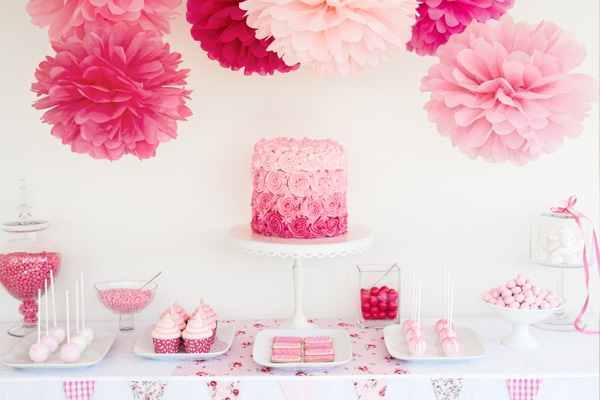 Now it seems the price tag of attending a bachelorette party has escalated to match the cost of the actual wedding itself. And that’s before you’ve bought a dress to wear for the real big day, shoes, booked accommodation or coughed up for the wedding gift.

It’s so OTT it’s putting me right OFF. And since when did dinner, drinks and a bit of dirty dancing extend into daytime activities?

Can we all take a moment to put down the floral headdress we’ve been forced to make on our ‘Bachelorette Day’, step away from the superglue before we attach another rhinestone and remember what all this is meant to be about? Love; which as JLo reminds us, apparently ‘Don’t cost a thing’.

When we blink, we’re supposed to see love hearts, not dollar signs. Since when did money forked out equal how much we love our girlfriends?

Bachelorette celebrations are meant to be a simple, pre-wedding hurrah to toast a bride and have a night of laughs, not an all-out Martha Stewart-worthy extravaganza to leave us in life-long debt. It’s so awkward coming up with an excuse if we can’t afford it, and the guilt of making (often feeble) excuses has a weighty price tag of its own.

I decided to stand strong and went back to the maid of dishonor with my terms: no inclusion in the boat trip or mani-pedi part of the day (I said I had to work), I will take my own gift (something fun under $20 will make enough of a gesture) and offered to bring confetti for the table. I’ll keep the tiara as a surprise.