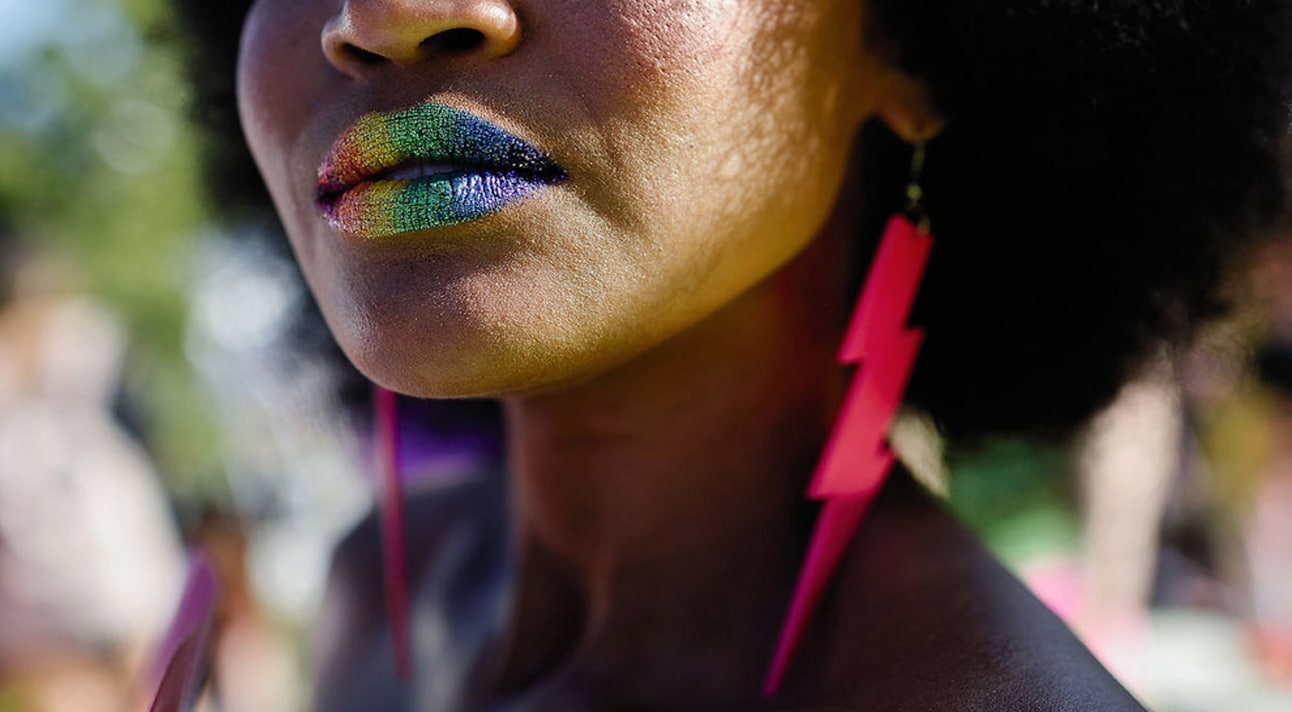 For now, I’m a boy, and I’m a mama, and those seemingly contradictory truths are things I can accept about myself.

Some trans people know their entire lives that their true gender doesn’t match the one that society assigned to them. I’m not one of those people.

I can look back on my life (with the benefit of hindsight) and see hints and clues, but that isn’t the same thing. When I finally realized I was trans, it was after almost a year and a half of therapy, a lot of trauma, and after becoming a parent.

Finding my identity was thrilling and joyous; it was like an invisible weight was lifted and I was suddenly really excited about being myself! But it also came with some awkwardness. I knew there would be uncomfortable questions! I anticipated some people being less on board than others (we live in a pretty transphobic society, after all), and I figured the fact that I’m a dude would seem to be at odds with the fact that I’m pretty femme to some. But I also have an amazing kid who’s about to turn three, and as far as he is concerned, my name is Mama. How the heck was I going to handle that?

I love that at the dinner table he sometimes points to both of his parents announcing “Ma, and Mama, Ma, and Mama!” over and over again, just overjoyed that he is in this particular family. I have too many good feelings attached to those two syllables to let them slip away.

Plenty of transgender parents change their parenting title, and that’s a fine option, and their kids adjust. Before I started the process of coming out and beginning to transition, I laid alone in the big bed that I share with my spouse (and our kid if he’s having a rough night) and wondered if that would be me. I was giving myself space to understand myself as a boy for the very first time, but I was also trying on different labels. Dad? Papa? What about Baba?

Plenty of transgender parents change their parenting title, and that’s a fine option, and their kids adjust. Before I started the process of coming out and beginning to transition, I laid alone in the big bed that I share with my spouse (and our kid if he’s having a rough night) and wondered if that would be me. I was giving myself space to understand myself as a boy for the very first time, but I was also trying on different labels. Dad? Papa? What about Baba?

I worked my ass off to be a mama, and nothing in the world was going to take that from me.

When my toddler calls me Mama, my heart leaps in my chest. I love the way he sometimes announces “you’s MAMA!” in the middle of a game, to remind me that while I might pretend to be a monster I’m actually not. I love that at the dinner table he sometimes points to both of his parents announcing “Ma, and Mama, Ma, and Mama!” over and over again, just overjoyed that he is in this particular family. I have too many good feelings attached to those two syllables to let them slip away.

It’s also a point of pride. My family has always been some version of queer. My spouse is genderfluid, and we made our kiddo with the help of a friend who also happens to be trans and generously donated sperm. By age two our kid knew that “there are all different kinds of families, your best friend has a mama and a daddy, you have a mama and a ma, and both are good!” He knows that he also has a sperm donor, or “fairy godmother,” as we like to say. Plus, for a full decade, before I gave birth, I was dreaming of the day I would get to be a mama. That doesn’t just go away.

And it doesn’t have to. While it may sound weird to some to announce, “Yes, I’m a man — I’m also a mama,” decoupling parenting roles from gender roles isn’t unheard of. On her now inactive blog, Feminist Pigs, Jane Ward explains that her partner Kat is a woman, and their child’s dad. “The fact that Kat is our child’s dad is very challenging for most people, including (and sometimes especially) gay and lesbian people, who would like Kat to think of herself not as a dad but as a butch lesbian pushing the boundaries of motherhood.” she writes, and then, “I understand ‘mother’ and ‘father’ as two distinct sets of job duties, stylistic approaches, or performative categories that should be available to all people regardless of sex or gender (akin to the way we now understand work and occupations).”

While plenty of men may perform parenting duties traditionally associated with motherhood and still feel most comfortable with the title of fatherhood, the fact is those parenting identities are like any other identities; they are deeply personal and what fits for one person may not work for someone else. Language is slippery and weird, and words have more than one meaning. The phrase “to father a child” has a totally different connotation than “to mother a child,” for example. In my case, I feel like a man, I’m happy and excited about being a man, but I also take a profoundly nurturing parenting role in our family and identify strongly with motherhood. That has to be okay.

Of course, when a parent comes out as transgender, it seems like everyone is concerned about how the kids will feel about it.

I can tell you that in practice, in my home, it’s been effortless and no big deal. My kid isn’t all that interested in gender yet — in his mind, there are three important categories humans are sorted into: baby, kid, and grownup.

He’s already been going through a phase where he uses he/him pronouns for most people most of the time, so it was easy to get him on board with that. We explained that “lots of people thought Mama was a girl, but it turns out Mama is a boy.” He does not appear to be either confused or upset by any of this. And if he was confused, I would accept that gender is sometimes confusing, and do my best to walk him through it as honestly and gracefully as possible. That’s all any parent can do.

I’m not immune to worry, and I think a lot about what being a guy called Mama will mean for me, and my family, down the road. I wonder how he’ll explain it to his friends at school when he’s five, or seven, or fifteen. I also wonder if what feels comfortable and natural for me today will stay that way for years to come. I have been writing professionally on the internet for a couple of years, and some of that writing has been about my identity. The sheer fact of my body of work on the internet is a constant reminder that you can only write what is true today, you can’t know that it will be true forever. That’s scary.

The Trans Mental Health Debate Is A Lot More Complicated Than You Think
This Is What It’s Like To Be An Intersex Woman
Attention, If You Have Ever Said “A Man Would Never Have A Baby,” A Transgender Man JUST DID