When Your Friend Treats You Like You’re Her Therapist

It’s one thing to lean on each other and another to ring every half hour.

I was on the phone to a girlfriend, trapped on a call I was beginning to think would never end. I’d told her four times within the hour-and-a-half long conversation what I thought she should do. It was clear to me that she should resign from the job she hated with the boss that was making her unhappy and a salary that barely covered her bills. I kept repeating myself, and I’m 100 per cent sure I was speaking English, but it wasn’t reaching the other end of the line.

Maybe she kept asking because it wasn’t the answer she was looking for, but whatever her motivation for keeping me ensnared in this hellishly frustrating loop, I just couldn’t do it anymore.

With the nightmare call ended, my phone safely on silent and back on charge, I walked back into the kitchen and looked at my dinner which was sitting patiently waiting for me on a plate. It was cold. Ruined.

Our friendship had become totally one-sided. Every time she called she was self-absorbed, wanting to talk only about her problems, often never even asking how I was or what I was up to (hint: it involved cooking up a fresh Alfredo pasta I was just about to start eating).

Growing up, we’re taught to be friendly to people. We’re taught to smile and play nicely, and to spend time investing in our friendships. But not everyone deserves to keep being invited back for play dates when they involve running around in exhausting circles. A friendship should be give and take, a two-way street, and of course, it should be supportive as you look after each other through tough times. But sometimes, a needy friend becomes too much, and it’s time to call time.

What I don’t want from a friendship, is to be treated like an on-call therapist. I’m not here to fix everyone’s problems. I’ll listen, of course. I’ll give advice, no problem. But if someone is repeatedly calling to ask the same questions over and over again because they can’t fix their own problems, I’ll stop picking up the phone and text them the number of a professional. 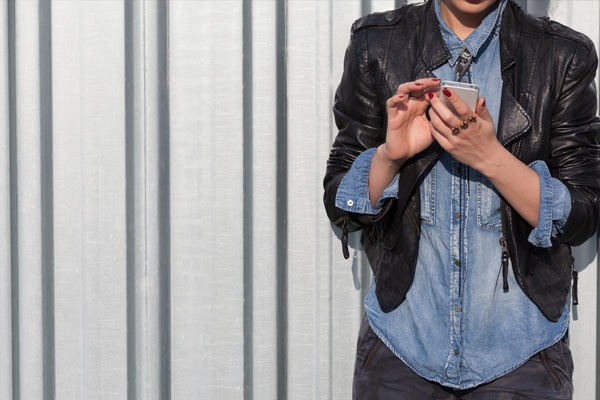 If I wanted to be a therapist, I’d do a course and qualify. I’d rent an office and charge a fair rate for my headspace. But I haven’t done a course, my door isn’t adorned with a bronze plaque, and last time I checked, my headspace wasn’t up for hire.

My stance might sound selfish, but it’s rooted in good sense. According to psychologist, Dr Erica Frydenberg, acting as a pseudo therapist every time our friends get caught in a crisis isn’t doing anyone any favors.

“Counsellors are trained to listen and facilitate, there are a specific professional set of strategies that they employ so as not to do harm or make people feel worse. We should draw boundaries not just to protect ourselves from being overwhelmed by others’ distress, but also because it’s the most helpful approach,” advises Frydenberg.

But what about simply giving advice when a friend needs us?

“Giving advice and sharing, ‘This is what I would do’ is generally not helpful,” says Frydenberg.

“This is a common trap that we often fall into with good intentions, as this is what we know, so we offer advice. Sometimes it just keeps the conversation going, but often it actually leaves our friends feeling worse because they are reminded of what they haven’t done to manage the situation. Also, it may be the wrong advice.”

So next time someone is thinking of dialling my number in search of a gratis ninety-minute therapy session, I hope they won’t be offended when I politely dismiss their invitation for an emotionally draining, tedious phone call. I don’t want to dread my friends’ names popping up on my cell because I know taking the call is going to sap every last little piece of my energy. And most importantly, I want to eat my dinner, while it’s still warm.

Comment: Do you have friends who are emotionally draining?