When Your Miscarriage Is A Relief

When I found out I was pregnant, I was shocked and scared.

A chemical pregnancy occurs when there is a chromosomal abnormality during the fertilization process between sperm and egg. At the moment of conception, an egg and a sperm combine chromosomes (23 from each partner) to form a zygote. That zygote then begins to grow through rapid cell division. During this time, occasionally a mistake occurs. The result is that too many chromosomes are produced or not enough are made.

The chromosomal abnormalities are what doctors believe to be the cause of the majority of early pregnancy losses. This is what is known as a chemical pregnancy. I had one of those.

After my second child was born (a beautiful baby girl), I had severe postpartum depression. I didn’t sleep for weeks and hallucinated due to lack of rest and terrorizing overwhelm. It was a mind-bending experience. I remember laying in my bed afraid to open my eyes. If I opened them, I prayed that the floating face would not be there. That face made an appearance because I was unable to sleep, could not sleep, no matter how badly I needed to.

I started to have suicidal thoughts because I thought I would never sleep again. I wondered if this was my new “normal.”

Thankfully, I got help. I found a neurologist who helped me get back on antidepressants, and a great therapist who helped me cope with the high levels of anxiety I was experiencing as a second time mother.

That’s what threw me for a loop: It was the second time having a baby. I wasn’t prepared for postpartum depression because I thought I had everything under control. I knew how to take care of a baby. When I was knocked down with PPD, I was shocked and scared. I was so grateful to get the help that I did, and that I survived.

When I found out I was pregnant for the third time, I was concerned that these horrifying experiences would no doubt envelop the postpartum period. So when I miscarried, it was a relief. I could feel the engulfing anxiety lift — until I realized that people don’t really talk about miscarriage, much less talk about their relief in having one.

A dear friend of mine recently decided to become a mother on her own. She is not married and doesn’t have a partner, but is dead set on doing it on her own. She told me, “The sperm took. I’m officially pregnant!” I was thrilled for her, though I was simultaneously lost in memories of my unfortunate postpartum wreckage.

A week later she told me the disappointing news. She lost the pregnancy.

She was devastated. There was a pause on my end. “I’m sorry,” I told her. I was at a loss of what to say or do. I found myself searching for the empathy I felt she needed. Rendered speechless, I flat out failed my friend. 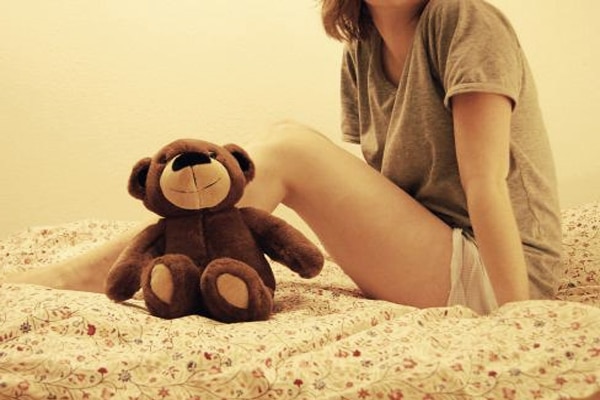 The only experience I had with miscarriage was the feeling of relief that I had one. What was I supposed to say to a loved one who wanted this pregnancy more than anything in the world? How could I be so inept and naive? It occurred to me that people just don’t know what to say when someone has a miscarriage.

Even women who have been through them can stumble and put their feet in their mouth. What gives? I fumbled around attempting to convey my care but couldn’t muster words that felt loving and appropriate for the circumstances. I berated myself for going silent. I was scared to say the wrong thing, so I said nothing.

I was relieved when I found Pregnancy Loss Cards made by clinical psychologist, Jessica Zucker. She experienced a late-term miscarriage and one of her goals is to spread awareness about pregnancy loss.

My friend and I had some patchwork to do on our relationship because of my failings, but the card I sent her seemed to repair at least a portion of my temporary estrangement.

This got me thinking: Why as a culture are we unable to be present with loss? This relationship conundrum helped shed light on how we as a society need more help when it comes to talking about things that are uncomfortable and downright awful.

I didn’t want to be pregnant again but was saddened when the pregnancy ended. My friend, on the other hand, was absolutely devastated by her loss, wanting a baby and thinking this one would work out.

No two losses are the same.

As a society, it would behoove us to develop more diverse language to deal with the subject of pregnancy loss. For someone like me, a miscarriage could feel like relief. You wouldn’t approach this situation the same way you might speak to a woman like my friend who is actively trying to get pregnant. The words used to convey comfort would be entirely different in these two scenarios.

No two people are the same. For one person, laughing through a miscarriage might help; for another person, being able to cry might be what they need.

A loss for one person could be devastating, while for another it could feel like a breath of fresh air. Each person processes miscarriage differently, and we can be mindful of this. Maybe the best course of action is to ask what our friend needs from us – “I know you experienced a miscarriage, what can I do? How can I support you?”

Comment: Have you ever experienced a miscarriage? How did it affect you?

This story originally appeared on Ravishly.com, a feminist news+culture website.