Why We Don’t Like Women Who Own Their Sexuality

Women who embrace their sexuality are feared and demonized. Is it because they compel us to confront our own unease with sex as a society?

I can’t tell you what the surname of the woman in the cubicle opposite me at work is, nor could I confidently assert her star sign or preference for spicy food, but I could tell you, without hesitation, when the last time was that she had sex.

I could also deftly describe each of my girlfriends’ SO’s man jewels, despite never having seen them unclothed, tell you which female acquaintance thinks blow jobs are tedious because, “they don’t call it a ‘job’ for nothing” and which gym buddy likes to suit up in latex before she gets down and dirty.

But while my friends and I will readily deconstruct our latest sexual encounters with the ease of skilled chefs machine-gun dicing tomatoes, we’re decidedly less comfortable admitting we’re into anything that deviates more than a couple of shades from vanilla.

Because while unconventional sex is allowed to exist in the make-believe bedrooms of Samantha Jones and Anastasia Steele; we’re still not comfortable with women who like to fuck outside the lines in real life, something that struck me during a recent conversation with a girlfriend.

“You wouldn’t believe some of the things I get sent at work, thanks to the fact I write about sex,” I bragged over after-work drinks.

“A publicist from a sex toy company sent me a vibrating butt plug today.”

“Seriously, what woman would want that up her ass? I don’t know where they come up with these things…” she scoffed, with an eye roll that wouldn’t have looked out of place at a PTA meeting.

I suddenly found myself embarrassingly nodding in concurrence, before the conversation quickly changed to the poor service at the bar. But the offended look on my friend’s face lingered in my mind long after we called it a night. Perhaps even more so, the ick-factor I felt over my disingenuous nodding along with her disgust hung around like a bad smell for the rest of the evening.

Why was I so compelled to act as if I thought there was something abnormal or offensive about butt play when I myself have been an outspoken fan of it in previous articles I’ve written on the topic?

The topic was never mentioned again. Potentially because she threw the night’s memories up with her breakfast the next day, but also quite possibly because she wasn’t altogether comfortable in the knowledge I might have thought of her as someone who didn’t abide by the textbook of 101 ways to have socially acceptable sex with a heterosexual man if you’re a heterosexual woman.

This was the same friend who chose a male-dominated science degree in college and beat most of her classmates, once kicked a guy in the crotch for shouting lewd comments at her on the street, and proudly wore a fluffy pink vagina costume to a Halloween party.

So why is it that, as women, we can be so empowered in every aspect of our lives, except for when it comes to our sexuality?

Feminist Gloria Steinem asserted, “You’re either a feminist or a masochist” – but is there a reason we can’t be both? 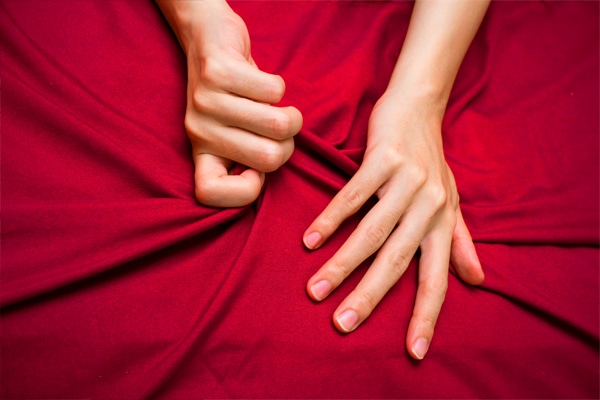 I’ve always found conventional sex tiresome and leaned toward a little kinkiness myself. But it wasn’t until I hit my thirties that I was able to actually ask a partner for it, convinced I’d be met with looks of horror if I expressed what I really wanted. However in the safety of a trusting relationship, in bed with a man with whom I felt comfortable, the opposite was true.

Regardless, I still find myself almost by force of habit nodding along with women when they unanimously tsk-tsk the latest pop culture depiction of sex that strays outside the lines of conventional acceptability. But according to research, more women than ever before are straying from traditional models of sexuality and sex.

And yet, we still collectively reel in disgust at women who choose to embrace their sexuality in a way that deviates from outdated cultural ideals. (Read: women are not allowed to enjoy sex.)

Much of the public slut-shaming of Miley Cyrus for choosing to pose semi-nude featuring a strap-on in a 2016 shoot with controversial photographer, Terry Richardson, came from other women, while public figures like Slutwalk ambassador Amber Rose and actor Emily Ratajkowski endure near-constant criticism for their unapologetically confident attitudes to their own body image and sexual identity.

It’s this very unease with our own sexuality that’s rooted in rape culture; the idea that it’s impossible to be a feminist and a sexual being at the same time. That a woman can only be a Madonna or a whore, and so, by that logic, asking her what she wore, how she behaved, or how much she had to drink following a report of sexual assault is somehow justified.

Despite the leaking of her home sex tape now being over a decade ago, business mogul and reality TV star Kim Kardashian West continues to deal with references to it. It compelled the public icon to write an emphatic letter on her website in 2016 in which she implored her detractors to let up with the slut-shaming.

“It always seems to come back around to my sex tape. Yes, a sex tape that was made 13 years ago. 13 YEARS AGO. Literally that lonnng ago. And people still want to talk about it?!?!” Kardashian West wrote.

“I lived through the embarrassment and fear, and decided to say who cares… I shouldn’t have to constantly be on the defense, listing off my accomplishments just to prove that I am more than something that happened 13 years ago. Let’s move on, already. I have. I am empowered by my body. I am empowered by my sexuality… The body-shaming and slut-shaming—it’s like, enough is enough. I will not live my life dictated by the issues you have with my sexuality. You be you and let me be me. I am a mother. I am a wife, a sister, a daughter, an entrepreneur and I am allowed to be sexy.”

Perhaps because of this systematic public crucification of women who choose to rebel against conservative ideals and own their sexuality in a very raw and confronting way, we believe that by owning our own sexual desires, we too will fall victim to pitchfork wielders.

However, the reality is, regardless of how conservatively we dress, or how detached we remain from our sexual desires – continuing to shroud them in shame – we can’t protect ourselves from judgement. So why not drop the shame, and just do you? It’s your body, and your choice. If you want monogamy and all things vanilla, go for it. But if what you want in bed, or in life doesn’t fit the mold, go for that, too. Because if we remain determined to fit into some sort of superficial cookie cutter vision of who we feel we’re expected to be as women and as sexual beings, we’re going to end up losing our flavor altogether, and there’s nothing more tasteless than that.

Comment: Do you think we’re afraid of owning our sexuality?