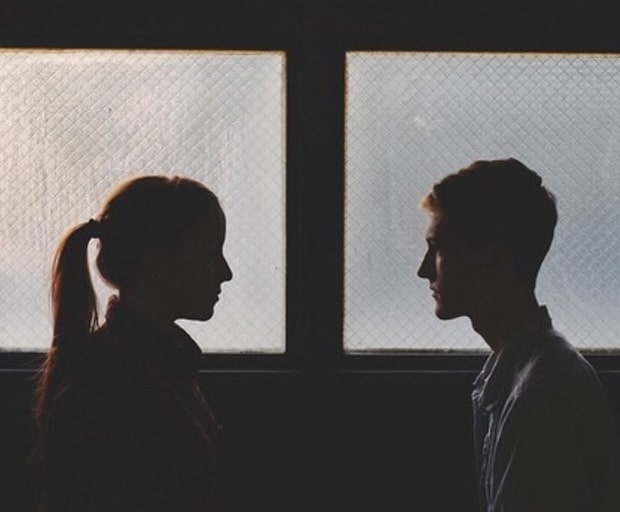 13 Downright Bizarre Inventions Worth Traveling To Japan To See

You can be a lover and a fighter.

Whenever my boyfriend and I fight, one of us inevitably gets frustrated and says, “I don’t want to fight about this. I hate fighting!” To which the other responds, “Me too! I don’t want to fight either.” And it’s true – we both hate fighting. Not everyone does; some people enjoy playing devil’s advocate and getting into heated discussions, but not us. Fighting makes my stomach hurt.

The other day I told my therapist that I just wanted to get to the point where everything in my relationship was worked out, so we’d never have to fight again. She laughed and told me no one ever reaches that point. Fighting is normal, she said, and every couple has to continually renegotiate their shit, over and over again, forever, no matter how long they’ve been together or happy they are.

That sounded like bad news to me. But the more I thought about it, the more I saw she was right. I’ve known couples who never fought; some of them didn’t last, and the ones who are still together are so passionless, I’d never want to trade places with them.

So if fighting with your partner gives you a stomach ache, read on and take comfort: fighting is actually a sign of a healthy relationship.

Is there anything worse than that feeling of tiptoeing around your partner, walking on eggshells because you’re trying to avoid a fight? Either both of you are mad, or one of you is mad and the other one is hurt, or maybe no one is mad and you’re just anxious, feeling like something is in the air and you’re not sure what. This isn’t a good place to be.

If you often find yourself in this role, trying to keep the peace when something is bubbling under the surface, it could actually be hurting your relationship; frequent throwdowns can actually strengthen your bond. “Conflict can be a powerful catalyst for growth,” explains psychologist Shauna Springer in Psychology Today. She says fighting is a test of character. “How you work through problems is in many cases even more important than the actual issue you resolve.” So if you and your partner pathologically avoid fighting, you’ll never have the chance to learn to resolve your conflicts.

The first rule of Fight Club

Of course, there’s more to it than just screaming at each other. To reap the benefits of fighting, you have to fight the right way. This means being open to hearing the other person’s point of view, refraining from name-calling and other abusive behaviors, and stepping back to take a break if things get too heated. In short, you have to be respectful of your partner.

“Successful couples show core respect, recognize the validity of each other’s thoughts and feelings, and make generous attributions for each other’s behavior,” says Springer. She recommends checking in with each other after the fight is over. “Do you both feel heard and respected? Does each of you feel like you had influence on the other person and on the decided outcome?” If not, you may need to go back in for another round – this time making sure to really listen, show respect, and work together to resolve the conflict.

Besides the biggest issue – being respectful – there are a few other essential tips for getting through a good healthy fight and coming out the other side stronger. One of them is to sometimes go to bed mad. Writer Lydia Netzer, whose essay on the secret to staying (happily) married for fifteen years went viral, says the idea that you shouldn’t let the sun go down on your anger – which originated in the Bible – is “stupid.” Her advice? “Shut up, go to bed, let your husband get some sleep. In the morning, eat some pancakes. Everything will seem better, I swear.”

Netzer also advocates defusing a fight with humor whenever possible. “In any fight, there is one person who is really mad, and one person who isn’t that mad. That person should deflect the fight. Make a joke, do something stupid or corny, make the other person laugh. When you’re the one who’s being pissy and raw, and the other person helps you get out of it and brings about peace, that feels fantastic.”

Like my therapist said, in any enduring relationship, there will never be a time when you stop fighting. Accepting this fact will go a long way toward easing your mind about the occasional nausea-inducing battle with your partner. Marriage therapist Harville Hendrix, author of Getting the Love You Want, says fights are inevitable once the first rush of romantic attraction, or infatuation, wears off. “During that period, the conflicts surface as couples negotiate unresolved childhood issues and needs they bring to marriage,” explains Hendrix. “If they have the tools to resolve those issues, then the conflicts fade during the next phase.”

Dr John Gottman, author of The Seven Principles for Making Marriage Work, warns that the absence of conflict doesn’t actually bode well for a relationship in the long run. “In some marriages where there is an agreement not to fight, things are fine as long as their lives go well,” says Dr Gottman. “But if something bad happens, they are too brittle to handle the problem.”

Still not convinced that fighting is good for your relationship? Consider this: if you never fight, you never get to have the best kind of sex there is – make-up sex.

Comment: How often do you and your SO fight?

The Truth About Deception: Why Your Relationship Needs Lying To Survive

How Much Is Too Much Fighting In A Relationship?