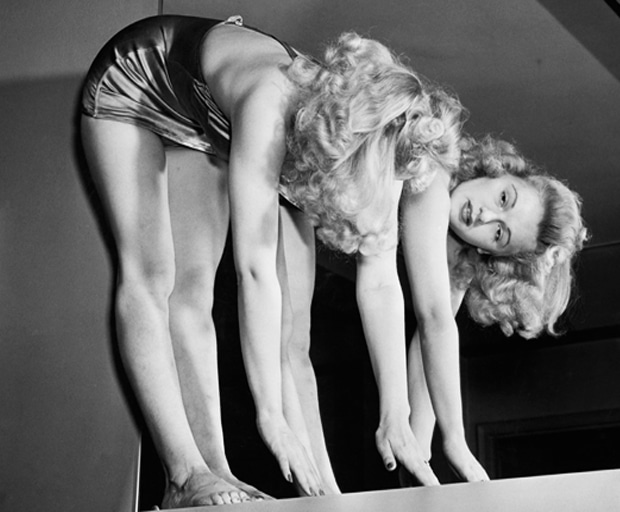 17 Tiny Hotels That Are Too Cute For Words

Despite my better judgement, I’m drawn to fixate on my appearance above all else.

Men don’t tend to approach me when I go out.

Not because I’m wearing a wedding ring (frankly, I don’t think the guys that frequent night clubs tend to notice that sort of detail) or because I come off icy (I try to smile a lot when I’m out with friends) – even dating back to my single days, I was typically avoided at bars. I became an expert at politely shuffling to the side to allow the guy who was asking my best friend if he could buy her a drink to have his moment whilst I sat in silent jealousy.

But I could never master the art of getting a guy to do a double-take when I walked his way.

And while it shouldn’t matter now I’m happily coupled off, it still does.

I wouldn’t call myself pretty, attractive or sexy. The only people who regularly told me otherwise, besides my husband, are other women, and it’s always received uncomfortably; the way you feel getting a participation award in school when all you really wanted was that gleaming trophy to add to your bookcase.

Friends regularly tell me I shouldn’t care whether or not I’m attractive. That I have a husband who loves me and tells me he thinks I’m beautiful daily, so concerning myself with what anyone else thinks is puerile and pointless, not to mention extremely superficial.

Intellectually, I abhor the notion that a woman’s appearance should hold any weight at all. I spent years working behind the scenes at magazines watching in wonderment as art directors turned regular looking women into faultless Amazons worthy of fantasy fiction novels with the sweep of an airbrush tool, so I’m additionally aware beauty itself is fleeting and regularly false.

I also have a bevy of other attributes worth putting energy into besides the way I look. I’m accomplished in my career, passionate, intelligent and have been told more than once I’m a lot of fun to be around. I can hold my own under pressure, am a strong leader and am very creative.

And yet, despite my better judgement, I’m drawn to fixate on my appearance above all else.

At 31, I’ve already had botox, filler injections, adult braces to straighten my teeth, a jaw augmentation, cosmetic tattoos and spent years riding the dieting and exercise rollercoaster in pursuit of thinness. Additionally, I have a list of what I consider to be my physical shortcomings and the procedures I feel will best rectify them that I add to as I spot new flaws (my crooked nose and emerging crows feet will be the next to go), which I check off as I go.

While I understand this admission flies in the face of the feminist values I espouse daily; that a woman’s currency should not reside in her looks and that our self worth especially should not be determined by our reflections, I can’t help feeling the need to resolve the fact I’m not what society considers a ‘conventionally attractive’ woman.

The reason my looks matter so much to me comes not from vanity, but survival instinct. I know that pretty women get ahead and are treated more favorably in almost every aspect of life, regardless of their intelligence, skill set or achievements. I don’t believe it’s something that happens intentionally, but I do know it happens.

Take tennis player Anna Kournikova, who, despite only ever making it as high as number 8 in her career and never winning a WTA Title, enjoyed massive publicity and lucrative sponsorship deals earning her the top spot on People With Money’s highest-paid tennis players list this year, with an estimated $75 million in combined earnings.

And Kournikova’s not alone. In a social experiment to prove the power of attractiveness in women, ABC’s 20/20 hired two female actors – one conventionally attractive, one not – and put them next to cars without gas on the side of the road wearing the exact same clothing.

Both women stood looking distressed by their cars with their hoods up in an effort to attract passers-by to help. The average-looking actor managed to get a few people to stop, though they only provided suggestions as to where she could get gasoline, rather than assisted her directly. The attractive actor was much more successful. More than a dozen cars slammed on their breaks immediately upon seeing her to offer their help, half actually going out to get her the gas.

The same women then set up stalls in a shopping mall selling calendars to raise money for charity. While they both appeared to be doing well selling their stock, when their earnings were counted at the end of the day, it was discovered the attractive actor had collected a whopping 50 percent more than her average looking counterpart.

It may explain why women feel compelled to wear makeup, heels and form-fitting attire to work in order to highlight, rather than play down, our physical assets. In fact, a Harvard University study found that women who wore makeup to enhance their attractiveness were perceived as not only more competent, but more likeable and trustworthy in the workplace.

And this beauty bias begins early. A study by the University of Texas found that the cuter a baby looked, the more attention it received from its mother in hospital, while a University of Illinois study revealed more attractive highschool students went on to attend better colleges than their average looking peers.

It would be easy to blame my fixation with my appearance on the media’s unattainable ideas of beauty, and the advertising industry’s unnecessary sexualization of women and young girls; however, these values start in our own homes, when we praise little girls for being “cute” and “beautiful” while focusing on boys’ strength and skills.

Even just last week I went to visit friends who’d just had a baby girl and before I had the time to realize what I’d just said, the words, “She’s so beautiful” escaped my mouth.

There’s nothing wrong with complimenting a woman on her looks, but when we make this the focus, rather than a superfluous detail, we start to lose sense of our own identities.

In a UK study of 500 girls aged 11 to 17, more than half the participants said they’d be “happier” if they were more physically attractive. In another study of 300 American eighth and ninth grade girls in which participants were asked to describe the “perfect girl,” the majority of girls focused on physical qualities like thinness as the key to popularity and happiness.

It’s getting harder and harder to raise happy, self-confident women in our image-obsessed society. While men are definitely not immune from the pressures to conform to physical ideals, research shows they’re likely to be successful in love and life regardless. They’re also less likely to have their productivity impaired by their efforts to look good, whilst women’s performance is often directly related to how we feel about the way we look on any given day. Case in point: in one study testing this, researchers had women try on a swimsuit. After trying on the swimsuit, the female participants performed worse on a math test. These same effects did not occur for men.

My sister, who has a much more laidback approach to her appearance than me, has two young daughters. When they talk about being “pretty” or “cute” she’s quick to pull them up and remind them there’s more to who they are then the way their hair looks. And she’s equally strict about ensuring never to talk about her own appearance in front of them.

To outsiders, her approach might look a little extreme. But when you consider the odds stacked against them of one day growing up to be like their Aunt and feeling they’re not worthy until they have their checklist of physical flaws ticked off, her reaction seems prudent.

Comment: Do you think there’s more pressure on young women to be attractive today? 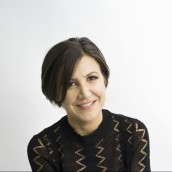 Nadia is a journalist, media commentator and editor with a penchant for hoarding makeup and an opinion on just about everything. Her work has been published in The Washington Post, Huffington Post, Thought Catalog, Cosmopolitan, and many more. She's a passionate advocate for destroying mental health stigma and sexually empowering women, and has absolutely no concept of TMI. Follow Nadia on Facebook, Twitter and Instagram.