Why You Need To Date Someone Who’s Wrong For You

Your life depends on it.

In my early twenties I dated someone who was wrong for me.

Gary was not just a smidge off the mark, he was a total mismatch on every level. I didn’t even find him attractive.

When I agreed to go out with a girlfriend to a live gig, I knew I was setting myself up to be a fish out of water, but she begged and pleaded as the free tickets arrived at incredibly short notice, and I knew she was desperate to go.

When we arrived at the dingy local venue, I felt like I had a siren on my head flashing ‘I don’t belong here’. I was wearing a top I’d borrowed from my friend because nothing I owned felt like the right choice. I may as well have worn a moustache and a wig – I felt like such an imposter.

Gary got chatting to us pretty quickly inside the venue. He was literally my anti-type. I usually went for tall guys; he was super-short. Dark? No, he was fair. Slightly moody and aloof? Nope, a complete chatterbox. I usually liked my men clean-cut; Gary had stubble.

When he asked me out I felt a surge of confidence and said yes. As I found myself single at the time, I figured I had absolutely nothing to lose. Maybe everything I thought I wanted was wrong. Perhaps being with someone totally different would lead to me being blissfully happy. Well, it was worth a go…

He took me to the movies, which, in theory, is a foolproof date; there’s minimal conversation so you’re guaranteed to dodge uncomfortable silences and you can’t go too wrong with popcorn. But Gary had a very loud laugh that made me cringe even before we sat down, the film was offensively bad, and he insisted on putting his arm around me, which meant I was leaning slightly forward for the entire film (cue the sore hunchback as I exited the theatre). 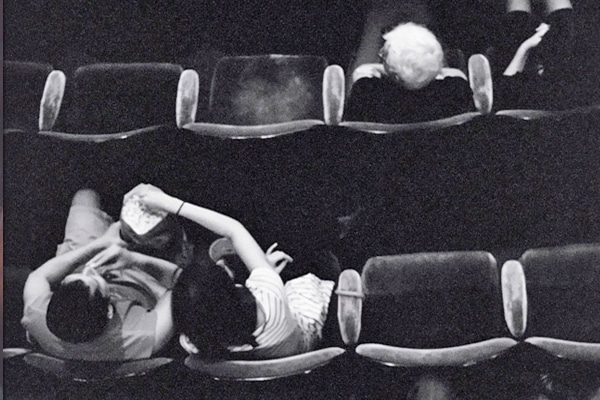 For some reason, at the end of the date when he asked if I wanted to “do this again sometime”, I said yes. Yep, I was dating someone I had absolutely nothing in common with, which my friends found utterly hilarious.

Looking back, it became the ultimate reminder for me to trust my instincts. It taught me there’s nothing wrong with having a physical type; if that’s what you fancy, stick to it. It underlined that EQ is incredibly important to me; I can’t be with a guy who is emotionally immature. And last but not least, it taught me it’s essential to be able to relax and be myself around someone.

Dating Mr So-Wrong highlighted the importance of having shared interests. His idea of a great movie was action, guns and violence; I’d rather be curled up on my sofa watching a fluffy chick-flick. I had no interest in discussing his new Xbox games or rock album, and his views on life were entirely at odds with mine. I actually didn’t think I had strong views on certain topics, especially politics, before I met someone who sat at the opposite end of the opinion spectrum.

You can learn something from everyone who crosses your path in life, and you can learn a lot about yourself by dating someone who is wrong for you. It shines a spotlight on who you really are. Just be sure to take the life lessons swiftly (read: don’t stick around too long).

Comment: What have you learnt from your worst relationship?