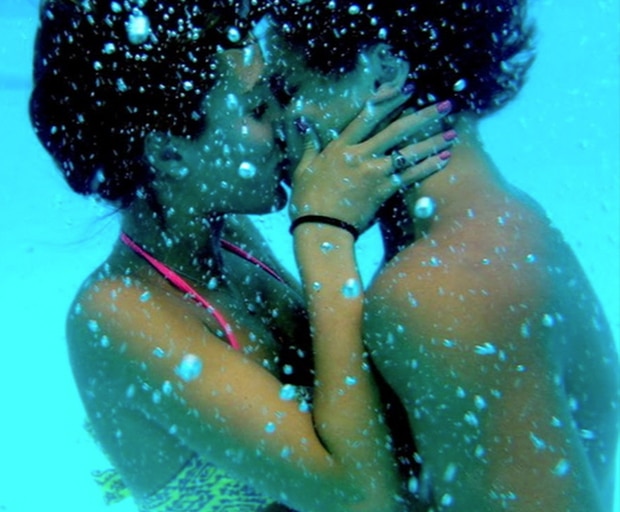 I ignored all of the conventional dating advice and have no regrets.

Taylor Swift said it best when she said exs should never, ever, ever get back together.

But wanting to get back together with an old flame makes a lot of sense. At best, you might learn you two were meant to be, and at worst, it’s an easy hook-up for the nights which are a little lonelier than most.

Anyone who’s heard an Adele song show up out of the blue, uninvited, will know about the yearning you can feel for past loves when you hear her powerful lyrics, even if you’ve never had the urge to call and say “hello, it’s me” before. After all, absence makes the heart grow stronger.

But, I have bad news for pining lovers, because science definitely thinks you should steer clear from your exs.

A 2013 study published in the Journal of Adolescent Research examined young adults and the individual, social, psychological, and relationship effects associated with reconciliations with an ex and found over half of young adults go back to an ex at least once. It also found people who have sex with or pursue a relationship with an ex “continue to feel the pain of the breakup more intensely, and may have more difficulty moving on.”

A 2008 study from the Journal of Social and Personal Relationships backed this up, claiming those who have sex with an ex overwhelmingly find it a difficult and negative event which has disastrous emotional consequences for one or both of the people involved.

The case for rekindling old relationships doesn’t get much better from there. A 2009 study from Personal Relationships additionally discovered that couples who break up and then get back together are less likely to talk about – or even see – positive aspects of their relationships, whereas people who had never gotten back with an ex reported more clarity in their lives.

Science also shows you shouldn’t even be friends with your ex. A 2000 study from the Journal of Social and Personal Relationships found people who stayed friends with their ex after the break up didn’t have healthy friendships, and they didn’t obey the typical ‘friendship rules’ – largely because male-female relationships are already clouded with sexual tension, let alone if the two have bumped uglies in the past.

Basically, science is like the friend who slaps some sense into you after a couple of glasses – or bottles  – of wine, reminding you “he wasn’t even good for you, anyway”. The past is in the past, and your ex is your ex for a reason, so the overwhelming advice is to just don’t go there.

Well, screw what the science says. I am currently about to celebrate my two-year anniversary with my boyfriend, who used to be my ex.

He wasn’t just any ex, either. He was the big one. My first love, my first ever boyfriend, and the one I could never really let go of, not 100 per cent, anyway.

We dated in highschool and broke up because of another girl. We vowed to stay friends – then continued to sleep together for a year – but in the end, we were friends, and we both successfully dated and loved other people.

We grew up and into our own people. We faced challenges, went through hard times, and were there for each other through everything. And I admit, in those rare moments when I let my guard down and was truly honest with myself, I knew I still loved him and hoped if anything ever happened and we were both single at the same time, we’d end up back together.

My mother thought the same. She used to always say when she walked into a room with us two in it, you could feel the electricity coming off of us, and cut the sexual tension with a knife.

When my abusive relationship finally exploded and I escaped, my ex was one of the first people I told. He got in his car, drove two hours to my home, and confessed he had been in love with me for six years – since we broke up.

But after three years of abuse, I was a broken person, and I didn’t know if I would be able to love and care for him in the way he deserved. I was suffering from trauma and PTSD, had terrifying nightmares and would wake up screaming, and I would often slip into bouts of depression where I didn’t even want to get out of bed.

But he was there for me through all of it. He drove me to therapy, listened to my most negative thoughts and fears, and most importantly, helped me find myself again. He wasn’t just supportive of me, but loved me both as a friend, and as much more.

I understand the odds stacked against us, but I don’t care, because what we have works. I’m not sure whether we work so well because we broke up when we were young and had years of growth before reuniting, or that we are just that good together, but I am sure of something. I’ve never been happier.

So take that, science. Getting back with your ex probably isn’t a great idea for most people, but for me, it was the best decision I ever made.

Images via youtube.com, giphy.com and tumblr.com.