Why I Refuse To Let Go Of Hatred

I love to hate.

I have an invisible blacklist of people who’ve wronged me, which, over the years, has grown progressively longer. School bullies, ex-lovers, false friends, even malicious university professors are squashed at the back of my mind for me to reflect on in my darker moments.

My hatred is greatest for those who have insulted or degraded my loved ones. There are plenty of employers who have brought my siblings to tears. I’ve remembered many a friend’s cheating boyfriend. And as for the repugnant specimens of humanity who have bad-mouthed, exploited, or betrayed my parents; well, they’re at the very top of my list.

This doesn’t mean I’m an unkind person. On the contrary, I make every attempt to treat others with decency and respect. So why do I hold onto these grudges, so destructive in their nature? I know I should let them go; that by maintaining the rage I’m letting the people I hate control me. But I can’t. I actually have no intention of doing so. And I’m okay with that.

As children of the moderate Western world, we’re constantly told by adults not to hate anything. ‘Hatred’ is too strong a word to apply to anything in our little universe. So what if that kid snatched your ice-cream and threw it into the dirt? You don’t hate him; you just don’t like him very much, or are angry with him, or he’s made you sad.

In adolescence it’s the same thing. The teacher who gave you a C on your history paper even though it’s worth an A? No hatred allowed. The bully who humiliated you in front of your entire grade by snapping a picture of you kissing your boyfriend behind the science block and spread it all over the school? Loathing can’t be your response. Instead, you must be furious, frustrated, embarrassed, frightened; any emotion other than the one your body is screaming for you to acknowledge. Because if you say you hate someone, you’re just as bad as they are.

By the time we reach adulthood, our capacity to hate hasn’t been diluted one bit. If anything, our propensity for loathing has increased with knowledge. However, because of the moral flogging we received as kids, we feel guilty if we’re unable to let go of this frustratingly potent yet somewhat exhilarating feeling. Regardless, in the grown-up world of heightened morality, immaturity is associated with holding a grudge, and malice is linked to egomania.

In short, the compulsory modus operandi of human beings, especially now in the age of extreme political correctness, is restricted to the excruciatingly nice. There’s no room for maintaining the rage; it’s forgive and forget or be damned. So why, why, is it so damn difficult to let go of the simmering, blood-chilling rage we all have gurgling inside from one sleight or other? 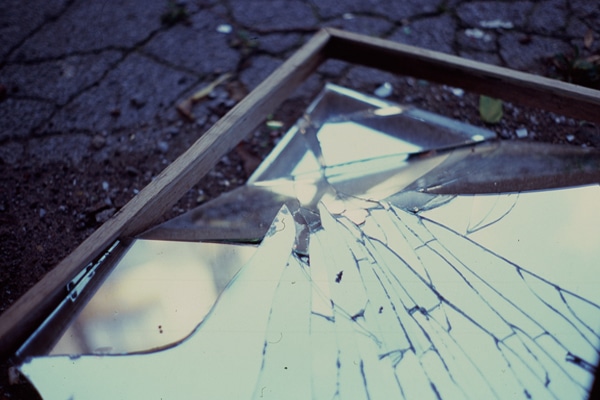 Well, just as love comes down to biochemistry, so does hate. A 2008 study conducted by University College London’s Laboratory of Neurobiology neurobiologist, Semir Zeki, revealed what hatred does to the brain. Researchers scanned the brains of 17 adults while they were shown images of a person they professed to hate. Consistently, areas in the medial frontal gyrus, right putamen, premotor cortex and medial insula activated, revealing a sort of insidious ‘hate circuit’.

The study also discovered that, funnily enough, hate can be generated by positive feelings, such as romantic love turned heartbreak. However, love deactivates areas traditionally associated with judgment. By contrast, hatred activates areas in the frontal cortex involved in evaluating another person and predicting their actions. As such, hatred is not so far away from love, but it allows you to keep a cooler, more level head. Which is sort of frightening.

Psychology plays an equally important role. Researchers José I. Navarro, Esperanza Marchena and Inmaculada Menacho, of the Department of Psychology, University of Cadiz, Spain, assert hatred is very closely linked to personal experiences, and is intrinsic to the individual.

“Hatred is based on the perception of the other, but also has a strong relationship with ourselves, with our personal history, and its effects on our personality, feelings, ideas, beliefs, and especially our identity,” they state in their essay The Psychology of Hatred.

“Certain adversity in our lives can trigger and intensify hatred; jealousy, failure, guilt and so on. In short, hatred is built on a complex mix of cognitions and emotions. The cognitive components are related to the devaluation of the other, the perception of them as a threat. The emotional part includes a set of feelings like anger, fear, distress, and hostility. Finally, another element related to hatred is a certain, sometimes crazy, sense that we are justified in acting against – or even eliminating – the object of our hate.”

Considering this, we can assume our capacity to hate is just as potent as our capacity to love. Yet love is an emotion we insist on, right down to using technology to propel our sex lives. And funnily enough, love is much easier to eradicate than loathing. So then why guilt ourselves into quashing the hate monster lurking in the pit of our stomachs?

If you have the fortitude to genuinely forgive and forget, all power to you. I’m envious. But humans are primed to hate. If you’re like me; a driven, semi-egomaniacal entity with a heightened sense of morality and overt sense of self, admit you’re not going to let go. Just as long as you’re not acting on your hatred, there’s no need to.

I can live with my hate. I’m even grateful for it. Because by holding on, it’s a constant reminder not to let the unpleasant past repeat itself, and that fortifies another chink in my armor.