When my boys were little, I gave them toy guns and water pistols for Christmas. The kind of gifts that summon instant tsk-tsking from onlookers convinced I’m on a mission to instill violence in my kids. We had a great day playing with them as a family and my children knew ‘fun’, not criminal grooming, was the focus of the ocassion. More so, playing squirt gun with one another didn’t morph them into kids with less regard for each other, or make them think it was ever okay to hurt someone, so why was it I was filled with a mixture of guilt and shame as I loaded them into my trolley on Christmas eve?

Politically correct Christmas shoppers seem to believe that giving their niece, aged eight, a Barbie doll will set her on a path to low self-esteem and body issues. What happened to Barbie being a doll to innocently dress up, encourage imagination and inspire fashion as a possible career option? Or to boys toys being exactly that; toys? Despite being entertaining, encouraging teamwork and providing a solid workout of fine motor skills, Xbox games now considered a gateway to violence and childhood obesity.

Parenting is a tough enough job without adding overthinking gift giving to the equation. So why is it, when Christmas approaches every year, those sleight-bells sound more like the tolling of judgement day than a signal of imminent merriment?

As parents we need to remember toys are simply inanimate objects. They have no metaphorical meaning unless we attach it to them.

Boys were playing with guns and swords long before the dawn of the shopping mall just like girls were playing with dolls. My generation and the ones before us had free access to these types of toys, and I don’t think we turned out too bad. Who’s to say denying kids specific types of toys as Christmas gifts will make their futures any rosier?

It seems there really is a lot to politically correct gift giving and I must confess, as a parent I’ve never focused too heavily upon it. As a parent I don’t want to shelter my kids from the world, and if that makes me a bad parent, then so be it, but at least I’m a realistic one. I’m not saying expose young children to the explicitness of adult life, but as parents, when we censor everything from our child’s life out of fear it will somehow negatively effect them, aren’t we really just reducing their capacity to learn good from bad? And to be, well, kids? 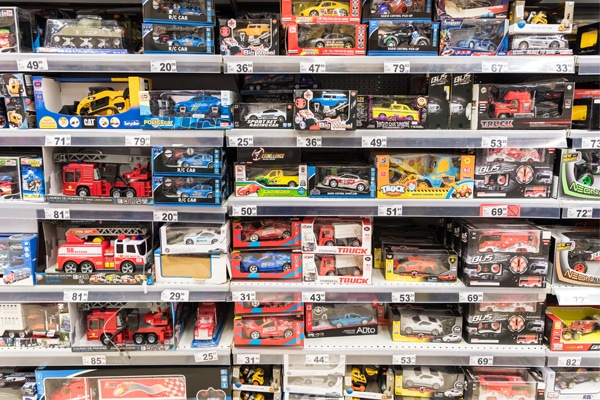 I’m positive I have more influence over my kids values, beliefs and development than a piece of plastic in whatever form. This is something they continue to show me each and every day. When I gave my boys toys guns last year, I encouraged fun, not violence, and this was the experience they had with them. They also received books, art and craft supplies as well as strollers for their teddies when they were younger and more outdoor toys and activities than they knew what to do with.

Each year was much the same and political correctness was never a driving factor upon purchases. Ironically as they got older they chose what they prefered. They didn’t want bigger and more powerful weapons or a plethora of shoot-em-up games. Instead they opted for sporting goods, books, technology and clothes. Clearly the gifts of their childhood didn’t have too much of a negative influence and looking back the selection of gifts I bought my sons provided a whole range of experiences and learning opportunities. They weren’t denied access so nothing became like forbidden fruit.

Making anything strictly off-limits for kids often has the opposite effect. I witnessed this when a friend of mine consciously denied her son certain toys. Guns in particular. Ironically each time her back was turned, knowing he wasn’t allowed to touch guns or weapons, he couldn’t help himself grabbing for the toy guns of his peers. He even stashed one under his jacket at age three and it was later discovered under his bed by his horrified mother.

Regrettably trips to our house stopped as a result because of the ‘bad influence’ found there and sadly several years later the same boy was arrested stealing cars. It seemed he enjoyed the feeling of touching forbidden fruit just a little too much and perhaps if he’d been allowed to fight magical dragons with a plastic sword, things would have been different, but who knows.

Unfortunately like most parenting decisions, the effects aren’t fully apparent straight away. Sometimes consequences take years to reveal themselves and by then who knows what decision made an impact. Perhaps my decision to allow all types of toys was a good thing. All I do know is I’m proud of the boys I’ve raised and playing fighting video games and shoorting each other with toy pistols as kids is yet to see them wander into a wayward path of anarchism.

Christmas is supposed to be a time to celebrate with your children, why add complexity to it when the messages you give them in your parenting and role modelling are so much more profound than any toy could ever be?

Comment: Do you give your kids politically correct gifts?

When Will The World Love Sweet, Sensitive Boys Like My Son?

What I Wish I Had Known Before Getting Pregnant

3 years agoUnwritten0
SHESAID is a top women’s lifestyle website that aims to inform, inspire and empower women around the world. Established in 1999, SHESAID is dedicated to telling it how it is, sharing real women’s stories about the issues that really matter to them. We know women because we are women.