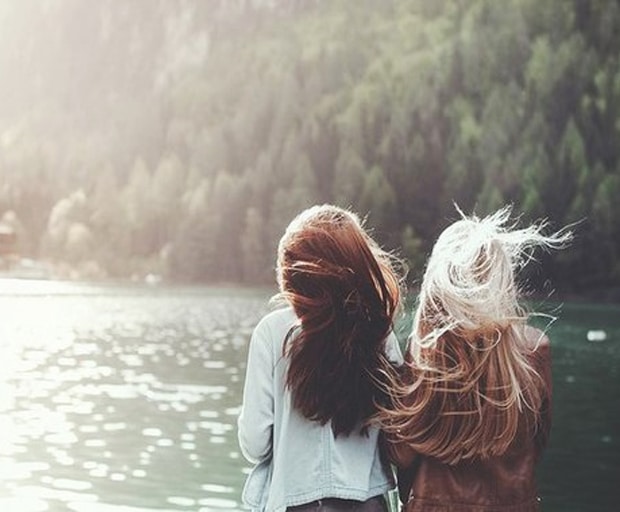 7 Things I’ve Learned From My Insomnia

Being mad at someone who’s dead is the definition of impotent rage.

There are seven stages of grief – I can’t count the number of times people tried to make sure I understood this since it’s apparently the key you need to unlock the door to whatever exists beyond grief – denial, anger, bargaining, guilt, depression and acceptance.

Opinions seemed to differ on whether or not I had to go in order, but I was supposed to hit every one of those feelings after my girlfriend was killed.

Denial was easy. It was instantaneous. I still remember sitting in the ER’s waiting area with her family and seeing the doctor walk into his room. He was a small man who was missing a circular patch of hair on the top of his head. He had small wire frame glasses that sat low on a pointed nose to match his angular jaw. He didn’t look at any of us when he said that the damage would be permanent. Best case scenario she’d be a vegetable for the rest of her life.

While her family wailed, anguished cries of people whose loved one had just been ripped irrevocably from their lives, I sat in stunned silence. I waited. This is the part where he mentioned there was one procedure they could try, or that the odds were 10 per cent in her favor instead of zero. That’s what happened in the thousands of medical dramas she and I had watched together. So I waited, denying.

Bargaining I did in the NICU when she was connected to tubes and monitors. I still hate that she had a tube down her throat; I couldn’t kiss her. It made our last kiss the night I said goodbye and promised to call her in the morning. I’d said I love you at least. I promised any god I could think of that I’d be good for the rest of my life, I begged her not to leave me. 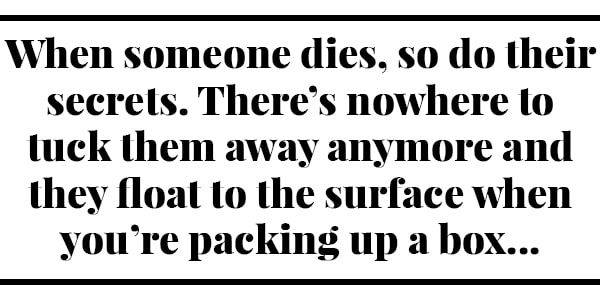 Depression I feel even now. My life became a timeline of “before and after her.” Did we get to see this movie together? She would have loved Snapchat. I would’ve gotten off work with 120 seconds of video files about cats every single day. It makes me smile but my smile comes with an ache in my chest that echoes, it ripples down every limb until my eyes well up from the intensity of it.

I accept that she’s gone. I know she would want me to live a good life, to move forward. As I write this I can imagine her standing there with her hands on her hips indignantly, cheeks puffed out in her trademark expression of disapproval. “Stop wasting your life, monkey!” So I try not to.

Anger I have the most difficulty with. When someone dies, so do their secrets. There’s nowhere to tuck them away anymore and they float to the surface when you’re packing up a box or tugging through shirts hung up in a closet that still smells achingly like her.

We’d had an agreement, you see.

Months ago she’d called me and told me she wanted to try taking Extacy with me. I’ve always had a hard line against drugs and I told her I didn’t want to do it and I wasn’t comfortable dating someone who did – especially as we were about to move in together and I was extra uncomfortable with the possibility that these things might be in my space. She’d agreed not to, said it had just been a question and it wasn’t something she felt very strongly about, and that was the end of that.

Except it wasn’t. She’d apparently gone off and done that, along with other drugs, behind my back. She’d simply hidden it from me. It came out in the form of wrappers and the guilt of friends who didn’t want to carry that burden of knowledge anymore, so they put it on my shoulders.

Being mad at someone who’s dead is the definition of impotent rage.

I’m angry. I’m sad. I still feel betrayed all these years later, and there’s nowhere for me to put any of those feelings. Which is a problem when the seven stages of grief state that you have to work through all of these before you can move on. So tell me: how do you resolve a fight with a ghost?

Comment: Do you relate to still carrying unresolved feelings for someone who’s no longer in your life?

Tales Of A F*ckgirl: The Ending You Never Saw Coming