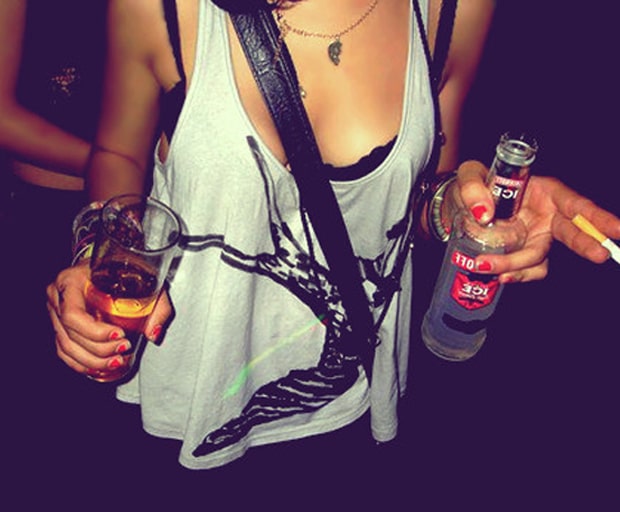 If Your Husband Is Your Best Friend, You’re Screwed

It’d be funny if it weren’t absolutely horrifying.

Rape is one of the only crimes in which the victim is considered the sole responsible party if they did something society or the police thinks they shouldn’t have.

And since we have these ridiculous ideas that women shouldn’t drink heavily or be sexually promiscuous, when a woman is assaulted while drunk, you can almost hear the sound of a case file closing as soon as that confession hits the air.

Reporting rape is hard. It’s so, so hard for so many reasons. In fact, in a world where the criminal justice system weren’t maligned against rape victims, it’d still be hard. The victim has to relive the experience, wait months or years to see it hit a court, face their rapist and then hope a jury comes back with the right verdict. And since we don’t live in that world, it’s exponentially harder with each societal rule you break. Were you out by yourself that night? What were you wearing? Were you flirting with your alleged attacker? Why does he have your phone number?

Were you drinking that night?

Someone explain to me why that’s a question we still ask rape victims, especially given the fact that we know you can’t consent to sex when you’re drunk. If anything, the answer to this question should be a mark against the rapist – if you had so much to drink that your judgment was impaired, it was rape. Unless, of course, you live in Oklahoma. Instead it’s wielded as a weapon against the person reporting the crime. It’s a tool to keep rape victims from reporting what happened to them, to make this thing go away so everyone can go on with their lives. And next time maybe the victim will behave better so something like this doesn’t happen again.

We like to think that, don’t we? We like to think that if we don’t wear that short skirt and don’t walk down that dark alley alone at night that we won’t get attacked. We like to believe rape is something we can avoid if we follow a set of rules. We don’t want to accept the fact that we have no control over whether or not we’re attacked.

I was drunk when I was sexually assaulted. It was a private party at a trusted friend’s house. The alcohol was brought in by a friend who worked at a liquor store. I knew everyone there. I trusted everyone there. I was wearing jeans and a T-shirt. I’d planned on staying the night so I wouldn’t drive home drunk. I wasn’t flirting with anyone, just sitting on the floor and giggling a lot. But some asshole still decided to make a move on me.

Like many women, I didn’t report it. To be honest, I didn’t even consider it, which is funny because I’m the kind of person who reports every car accident. It would be years before I analyzed why I hadn’t reported my sexual assault, but even then it didn’t take me long to come to my conclusion. I was drunk. There were no witnesses. No one would’ve believed me. Best-case scenario, a sympathetic cop would’ve taken down my report and sent it off to a district attorney who’d say the case wasn’t worth bringing to court. Meanwhile they’d interview my would-be rapist and it’d get around that I reported him. His friends would gang up on me and make my life a living hell. Keeping quiet was simpler. No one believes a drunk woman.

Women are already used to not being listened to when they tell their stories. And, sadly, we have to acknowledge that if we are assaulted after even one drink, there’s a high chance we will have to cop the blame for it. If I were robbed while drunk, the thief would get arrested. If I walked home drunk and got hit by a car, the driver would be held accountable. But because I was sexually assaulted while I was drunk, it’s all my fault. And when it’s a woman’s word against someone else’s, we know the other person will always be the one the world believes.

Comment: Have you ever reported a rape? How were you treated?