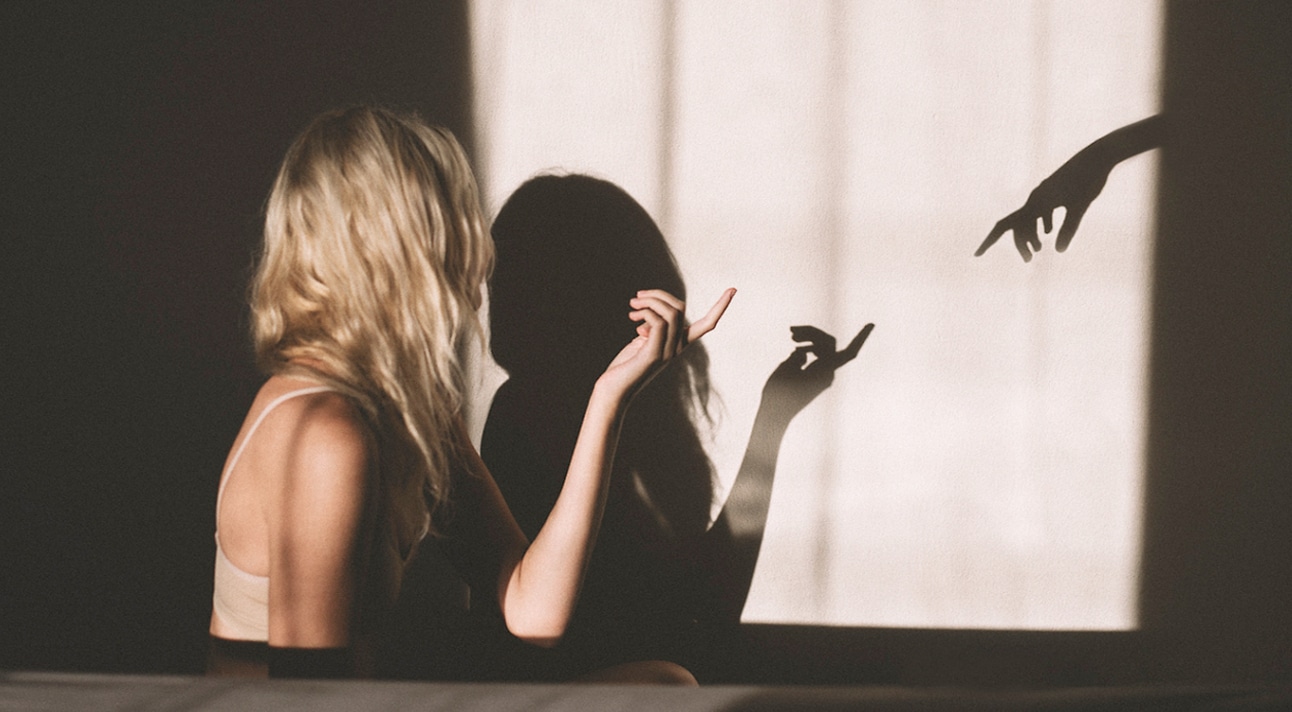 Loneliness can be your friend.

When I was 17, my dad and stepmother split up and sold our house, leaving me to find a place to live on my own. I moved into a tiny apartment downtown and ended up living there, alone, for six years. It was the most lonely time of my life.

I remember crying so hard one night the woman living down the hall came knocking to see if I was okay. Embarrassed isn’t a strong enough word for what I felt, standing there peering through the spyhole, praying she’d leave. Suffice it to say, I’ve weathered my share of lonely nights (and days). I’ve tried various ways of dealing with loneliness; drinking myself into oblivion, dancing until I’m exhausted, running long distances, attending countless churches, and going to therapy. In the end, the only thing that really helped was the passage of time. By the time you turn 40, you’ve ridden the waves of life’s ups and downs long enough to know that whatever’s happening at the moment, no matter how bad (or good!) it feels, it won’t last forever.

So while I still get lonely sometimes, I don’t scare the people living next door crying about it anymore – and I’ve learned being alone definitely isn’t the worst thing in the world. Here are a few reasons why being lonely is actually okay, and how to deal with it…

I once dated a guy who, in the midst of a long and drawn-out breakup conversation, actually said to me, “We’re all going to die alone, anyway.”. That was why he believed pursuing a relationship was pointless. At the time, I thought all he needed was a good therapist and an SSRI prescription. (And actually, he probably did.) But he had a point, too. Because while, if we’re lucky, we might be surrounded by our loved ones when we die, we still go (wherever it is we go to) all by ourselves. ‘You can’t take it with you,’ as the saying goes – and that includes your loved ones.

There was a time in my life, I’m embarrassed to admit, when I would look at below-average-looking couples on the street and think, ‘If those people can find someone to love them, how come I can’t?” And sometimes on the train, I’ll still play the game of looking to see if someone is wearing a wedding ring, and if they are, trying to imagine someone wanting to marry them. ‘Somebody wanted to wake up to that face every morning for the rest of their lives,’ I’ll think. ‘I guess my dad was right – there really is a lid for every pot.’

Yeah, I can be a real bitch sometimes. But for one thing, just because people are in relationships, it doesn’t mean they’re not lonely. And for another, being alone doesn’t mean you’re not pretty enough, or not smart enough, or not good enough somehow. Therapist Karen Mason Riss told Forbes she calls this tendency to compare ourselves to others ‘storytelling’, and says we need to cut it out.

“You write stories and you believe these stories are real. You see the couples and you focus on lack. What you need to do is zero in on what you have.”

Loneliness is natural – and it will come and go

When you’re hungry, thirsty, or tired, do you freak out and assume you’ll be hungry, thirsty, or tired forever? Of course not, because you know those uncomfortable feelings are cues from your body, telling you to eat a sandwich, drink some water, or take a nap. So what if you saw loneliness the same way – as a feeling that’s giving you information?

In fact, feeing lonely may actually be due to a natural evolutionary process that has helped humans adapt and thrive over the years. A 2013 study published by the journal Cognition and Emotion suggests being lonely is necessary to our survival. ‘Loneliness may feel like it has no redeeming features, but it may have evolved as an aversive state that, like hunger, thirst, and pain, promotes us to change to increase the likelihood of the survival of one’s genes,’ the study’s authors write.

So next time you’re feeling lonely, take some time to ask yourself what your loneliness is trying to tell you – and take action accordingly.

Buddhist teacher and author Pema Chödrön has a lot to say about being lonely. She says rather than fighting loneliness, we need to befriend it.

“Usually we regard loneliness as an enemy. It’s restless and pregnant and hot with the desire to escape and find something or someone to keep us company,” writes Chödrön.

“When we’re lonely in a ‘hot’ way, we look for something to save us; we look for a way out. We get this queasy feeling that we call loneliness, and our minds just go wild trying to come up with companions to save us from despair… Could we just settle down and have some compassion and respect for ourselves? Could we stop trying to escape from being alone with ourselves? Relaxing with loneliness is a worthy occupation. As the Japanese poet Ryokan says, ‘If you want to find the meaning, stop chasing after so many things.’.”

Images via hulu.com, wifflegif.com and tumblr.com.

Comment: How do you deal with feeling lonely – are you okay with having ‘alone time’?