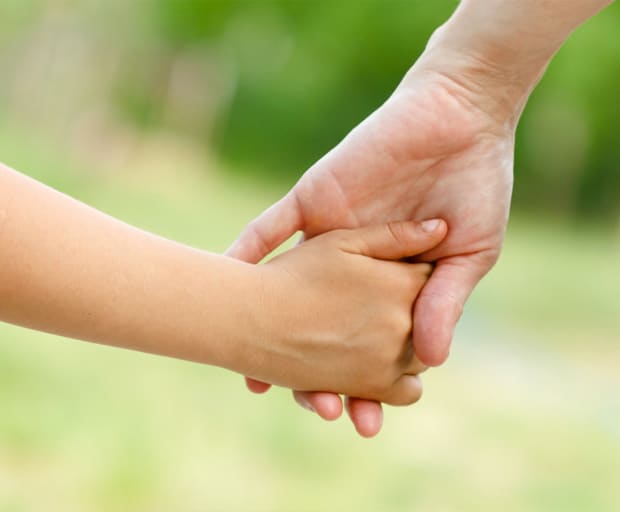 Say Hello To Vontouring: It’s Contouring. For Your Vagina.

There are many ways to be a parent.

“Are you sure you don’t mind?” my girlfriend asked, jamming one more plate in the heaving dishwasher with a soggy dishcloth over her shoulder.

“Honestly, I don’t mind,” I smiled, taking her young son’s hand and leading him back up the stairs. It was the third time he’d made a sleepy return, rubbing his tired eyes with bed-hair a rocker would be proud of. Each time I read him another story and gently stroked his knotted hair until he fell back to sleep.

“I don’t know how you have the patience,” she said when I eventually returned to the kitchen where she was whizzing around wiping surfaces in what looked like a choreographed dance.

I do, I thought – because he’s not mine. Make me do this every night for three-and-a-half years and I might be singing an entirely different tune with hair as crazy as his.

Let’s be honest, being a mother isn’t a one woman job. If it was a job description, you’d laugh out loud and say, “Yeah right, as if one person can do all that.”

Like lots of demanding jobs, motherhood splits into two halves – the essential paperwork (read: chores) plus the proactive part that gives you a wholehearted feeling of job satisfaction (aka: love). It’s funny that as a society we remain reluctant to accept those who fulfil the important task of pouring the latter into a life.

We’re very protective of the term ‘mother’. A ‘natural birth’ is still deemed to surpass the scalpel of a c–section by some, and breastfeeding is such a milky mess of debate perhaps we shouldn’t even open that express can of worms.

Isn’t it time we were more generous and flexible in accepting those who can think of themselves as ‘mothers’?

Step forward actress Kim Cattrall who raised eyebrows last week for her comments on the topic. “I am a parent,” the 49 year-old childfree star said in an interview.

“I have actors and actresses that I mentor. I have nieces and nephews that I am very close to.”

I say, well said. But, of course, she was shot down by critics who asserted that this isn’t parenting. Isn’t it? Are you sure? Isn’t the heart-felt guidance you give when mentoring a form of motherhood? Taking a younger human being under your wing and helping them fulfil their true potential is the very best kind of parenting whether you’re a birth mother, adopted mother, foster mother or mentor.

There are plenty of ways you can be a parent without giving birth. You can certainly be a mother without having your name on a birth certificate as thousands of blended families will testify.

Cattrall continued in her BBC Radio interview: “You can express that maternal side of you, very clearly, very strongly.”

And she’s right. I have several friends with kids who I love spending quality time with. It’s true quality time with three winners: me, the child, and a mother who gets to tackle the next thing on her chores list without reading a story through gritted teeth, while thinking, ‘Just go to sleep so I can get the dishwasher on’.

You don’t have to have gone through pregnancy and birth to feel a rush of pride as you listen to a child recite a poem in a school hall or win a race at sports day. I love my godson and his sister in a way that even writing that makes me miss them because the emotional flashbacks are so strong.

When my friend’s kids need to talk about sex, have relationship strife as they get older, or even – heaven forbid – go through a divorce like me, my door will always be open. There is a level of honesty and trust that grows, having been involved in their lives since they were tiny, wearing batman pyjamas and repeatedly coming downstairs for more stories.

Call it what you will, but let’s not judge women like Kim Cattrall for choosing their own terms by which to be mothers. We should all be old enough and wise enough to know by now, there’s no such thing as a perfect parent anyway.

Images via youtube.com and picturespider.com.