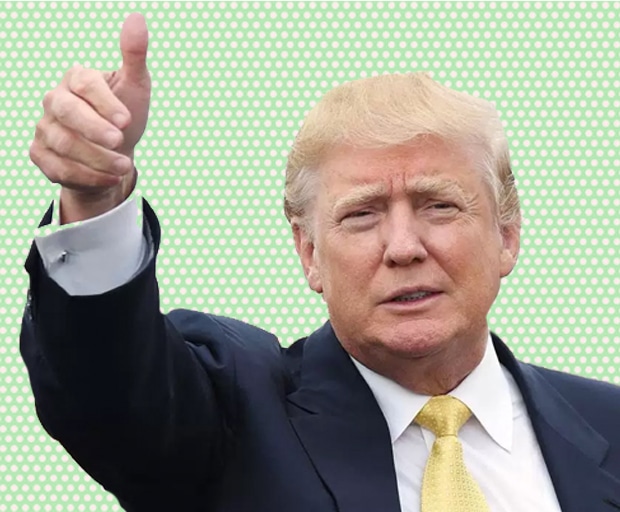 And bigotry is the party line.

Trump has been a divisive choice for the Republican party, both by individual voters and party members themselves.

I’ve heard more than one registered Republican express distress at his elevation and many are now scrambling to figure out who to vote for, as they can’t bring themselves to tow their own party line anymore.

While I sit here just as horrified as the next person that Trump has made it as far in this election as he has, I admit confusion on one point that seems to be stumping the RNC: I think it’s pretty obvious how Trump got where he is, and the Republican party of all people should understand his path with crystal clarity. After all, they’ve been working hard to craft a candidate like him for decades.

When Regan started demonizing “welfare queens” in the 1980s, he put several ingenious plans into motion that are still bearing fruit today. He began in earnest to allow bigoted language to be used in a way that the privileged could wield without feeling openly racist. It’s not that they hated minorities, you see. It’s that they hated welfare queens, the rats of society, draining their country of its resources because they’re too lazy to get real jobs. And if the majority of them happen to be people of color, well, that’s just a coincidence, isn’t it?

That strategy has maintained itself through the Obama administration. During the 2012 debates Republican hopeful Newt Gingrich actually called Obama the “food stamp president,” which not only carries with it some nice racist undertones, but another trademark of the modern Republican party: the ability to say things that aren’t even close to being actual facts with no repercussions whatsoever. 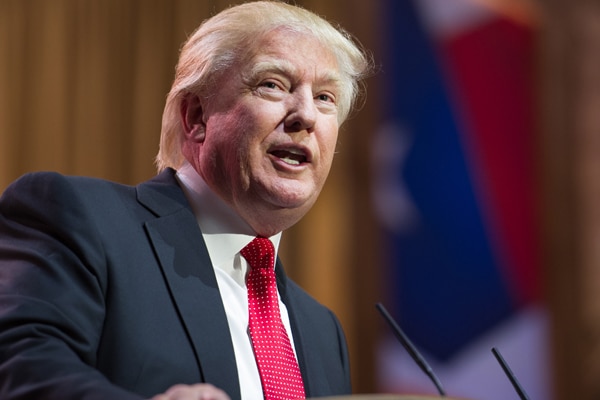 As a rule, we now assume that the things politicians tell us are going to be lies, and that’s especially true of the Republican party. Despite instant access to fact-checking sources by way of plural mobile devices, the RNC seems to think that we’ll just take them at their word, no matter what comes out of their mouths. And they think that, because for a large portion of the country, it’s true. In the 2008 presidential election, the chosen vice presidential candidate for the Republican party was a woman who later infamously claimed Paul Revere was coming through and ringing bells to warn that the British “weren’t going to be taking away our arms.”

We laugh at the ridiculousness of plainly factually wrong statements like these being issued from elected officials as if they were the stone cold truth, but we forget this woman was nearly the vice president of our country. In 2008, not having a basic grasp on American history, much less reality, wasn’t something the Republican party was demanding of its own chosen representatives.

More recently House Speaker Paul Ryan held a press conference shortly after Donald Trump refused to speak out against the support he was publicly granted by the Ku Klux Clan, stating that “if a person wants to be the nominee of the Republican Party, there can be no evasion and no games. They must reject any group or cause that is built on bigotry.” An interesting statement coming from a man who’s actively supported Focus on the Family, an anti-LGBT organization.

The Republican party wants to have its bigoted cake and eat it too. They want to be able to pass policy that enables voter registration laws to dictate who can make decisions at the polls while maintaining that they couldn’t possibly be racist because they have Black friends. They want to ensure big business and specifically banks and big oil get all the breaks and forgiveness that they don’t allow students with loans access to while trying to convince us they’re the party of Joe Citizen. No, the Republican party and its decision to marry the extreme conservative Christian right has ensured that bigotry has been the party line.

What was once the party of Lincoln has become the party of straight rich white Christian men with power who are determined to keep anyone else from having any of it. Despite what its members want to believe, Donald Trump does in fact represent all of its values. He just does it loudly and plainly.

Comment: Where do you stand on Donald Trump’s more controversial views?

Dear Mr Trump: You Can NEVER Stop Women From Having Abortions

Dear People With Power: Stop Using Your Status To Be Jerks

Electoral College Makes It Official: Donald Trump Will Be President Of The United States