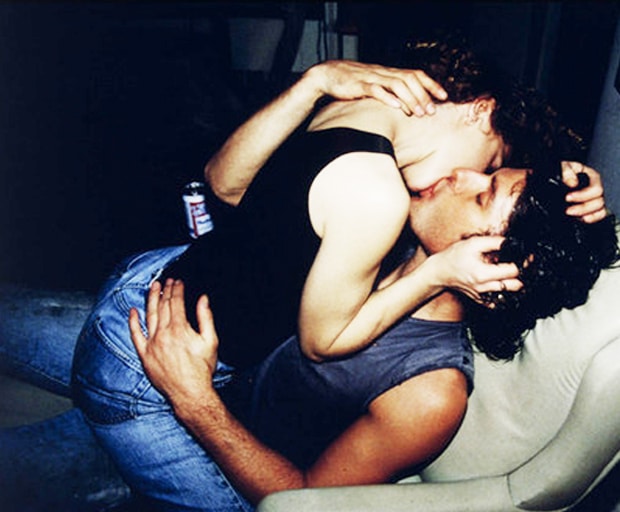 8 Hairstyle Hacks Even Total Amateurs Can Pull Off

We’re not as multitalented as we think…

For decades, popular culture has waxed lyrical about the power and rules of a kiss. We’ve been told kissing in the rain is romantic AF (especially if one of you is hanging upside down in a Spider-Man costume), first kisses will bring about butterflies and fuzzy feelings, and kissing is more intimate than sex.

For those of you still with us, there are a few things we need to clear up. Kissing in the rain is cold and wet and slippery, and it’s almost impossible to successfully hang upside down from the side of a building. First kisses do bring about fuzzy feelings – but they’re the ones that so somersaults in the pit of your stomach when your other half flips their saliva-coated tongue around inside your mouth like a helicopter that’s stuck in the aforementioned rain. And, finally, the intimacy of a kiss versus that of sex really depends on the relationship. Of course a booty call isn’t going to be that meaningful, but long-term relationships often rely on the intimacy of sex (some old married couples don’t make out at all).

Then there’s the ever-important ‘close your eyes when you kiss’ rule. I’ve always thought this was put in place as a safety net, so when we’re kissing someone hideous we can think about Channing Tatum or Ryan Gosling instead.

But it turns out I should’ve just listened to movie directors on this one. They’ve always made a big deal about the idea that it creates a more romantic environment, and they were pretty much spot-on, just not for the reason you may think.

Apparently we’re not as on top of multitasking as we like to believe. According to a recent study published in the Journal of Experimental Psychology: Human Perception and Performance, our brains can’t truly appreciate the physical feeling of a kiss when it’s also distracted by visual stimuli. It’s kind of like that whole ‘deaf people can see better while blind people can hear better’ argument.

But how the heck did this study even come to a conclusion? Well, lead researchers Polly Dalton and Sandra Murphy fitted a group of participants with a small device that emitted a subtle vibration on their hand. While they wore the device, they were given the visual and mental task of looking for letters. The participants reported that while they were searching for the letters, they couldn’t really feel the vibration, but when they closed their eyes the vibration felt much more significant.

So there you have it. If you want to feel every possible stimulation from a kiss, close your eyes. Actually, close them anyway – keeping them open while you make out is fa-ree-keee.

Comment: What (or who) do you think about when you’re kissing your SO?