Why You Should Smile At Your Rapist

Trigger warning: This story may contain content that could be triggering for some readers.

A good friend recently revealed an experience to me that was equal parts disturbing and appalling.

Late one evening, she touched down at the airport on a red eye. The place was almost deserted. After innocently collecting her bags and heading towards the line-up of cabs, she spotted a couple of young men approaching her. Encumbered by heavy luggage, she was unable to move quickly, making it all too easy for one of them to try to grab her arm.

Since my friend is one hell of an alpha female, she wasn’t going to tolerate that crap, so she told them in no uncertain terms to go fuck themselves – but they didn’t let up.

“They followed me, kept harassing me, and I continued a steady stream of retorts, trying not to seem afraid as they pursued me, but also reviewing my options for fighting back or getting away if it came to it,” she explained.

“I feel dirty and terrified and sad, because these boys will go about their night and think of my fear and rage as light entertainment from a barely human piece of meat, while my heart is still racing and I am still crying.”

And trust me, my friend is not the type to cry.

After hearing her story, I could feel the rage boiling inside me at those two cretins. They had blatantly and violently undermined her autonomy as a human being not just by harassing her but also refusing to stop when she fought back, laughing at her misery and defencelessness. And, most infuriating of all, they walked away from the situation having learnt absolutely nothing, ready to do the same thing to the next girl.

When I had cooled down hours later, I sent her a consolatory message, then sat and thought about what I would have done in her situation, and what I’d done in other situations like it.

In my late teens and early 20s, I would have reacted as she did, with bravado and insults in an attempt to retain any scrap of dignity. But over the years, having grown older and savvier, I have formulated a better line of defence. Most women do, after years of street harassment.

Here’s the uncomfortable and rather degrading truth: it’s easier to ward off a predator by smiling, laughing and seemingly buying into their taunts than reacting aggressively. If you make them believe they’ve won you over, they’ll stop seeking the victory. It’s simple, effective, and has saved me from many a sticky situation. And much as I would like to retort with a slew of clever insults, I’ve been intimidated into silence. As for my clever, inspiring, courageous friend, well, she’s only 18 – she’ll learn soon enough.

Many studies have been done on workplace sexual harassment, but very few on street harassment, and even fewer on how to combat it – probably because it’s been accepted as the norm for tens of thousands of years. But it’s an incredibly common issue and has more to do with power than lust. According to psychologist Jennifer Berdahl, harassment is motivated by the will to establish dominance over women who breach feminine ideals or invade perceived ‘male space’.

“It’s really a mechanism for making people who have crossed a line go back on the other side,” Berdahl explains. 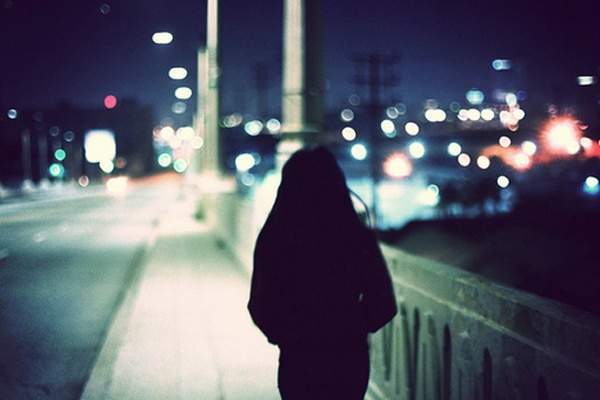 One of the few research ventures into the issue was conducted in 2014 by the nonprofit group Stop Street Harassment. After commissioning a 2000-person national survey in America, it revealed a whopping 65 per cent of women had experienced street harassment at some point. More specifically, 23 per cent had been sexually touched, 20 per cent had been followed, and nine per cent had been forced into performing a sexual act.

Regardless of street harassment’s prolific nature, women are conditioned, often by other women, to tolerate it.

When I blossomed into womanhood sometime in my late teens, the threatening looks, comments and groping started. After asking older female friends for advice, I received comments like “Just ignore it”, “That’s just what guys do”, “You should be flattered” and, my most loathed, “At least he didn’t rape you”.

At first I was upset and confused these women were telling me to sacrifice my self-worth for the price of being female. I rallied against it, calling out my harassers when they reared their ugly heads, until I came to a horrible epiphany: my older friends were right. I had much more success fending off potential rapists if I giggled and made polite conversation, rather than attacking their advances. After all, harassment is motivated by a quest for power, rather than desire. Therefore, seemingly relinquishing the power struggle is a (sadly) logical conclusion. It makes perfect sense, and that is an extraordinary shame.

So here’s the burning question: do we allow predators to get away with sexual harassment for the sake of a quick escape, thus teaching them absolutely nothing? Or do we verbally fight back, letting them know their actions are unacceptable and unwelcome, until women can finally walk the streets without fear? Well, that’s a matter of individual choice, and here’s mine: I will continue to giggle and placate and to tolerate the intolerable, because the wholly miserable bottom line is that we can’t teach men who harass women anything – they don’t respect us enough to listen.