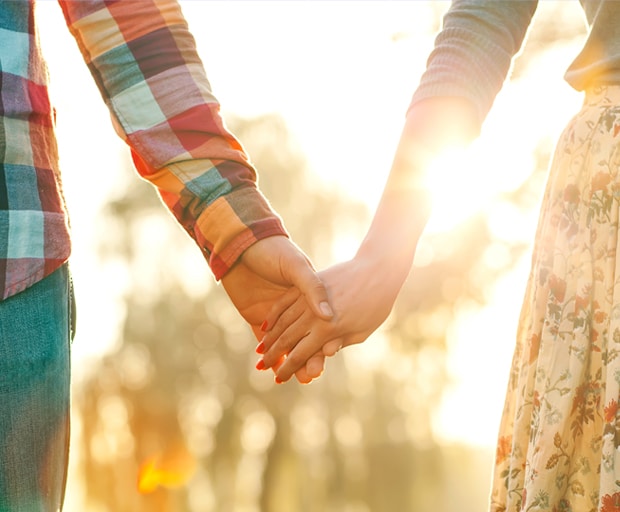 Because some things should be sacred.

I pledged to a girl who’d not long ago moved into my apartment and quickly climbed the ranks as my fave person to spend time with, that no matter where the future took us, we’d be each others soulmates in life.

In the time since we made that fateful pact, we’ve lived in different states, fallen in and out of whirlwind relationships and gone in completely different directions in our careers and lives. She’s a dedicated Christian who devotes many of her spare hours to attending masses and church group events and I’m a party girl whose self-admitted main religion in life is drinking cocktails and shimmying into impossibly short sequin mini skirts. We’ve had every reason to get lax and let new partners, jobs or lifestyle choices wither away our bond, but it’s only made us stronger.

It became apparent just how important our friendship was to me five years ago when I got married. My husband was everything I’d always hoped he’d be: kind, funny, strong, sexy and my ultimate cheerleader in life. But one thing he was not: my best friend.

On the day he proposed I declared, “You are my everything, I’ve never loved anyone like I love you. You understand me quite like no one else has. I want to give you the world. I just can’t give you the place of best friend, that spot is already taken.”

My husband and I have a lot of fun together. It’s a fair statement to say we often end up rolling on the floor clutching our stomachs in pain because we make each other laugh so much. I know, unreservedly, that I can tell him anything. But I don’t want to.

Because a part of me is not for him, it’s for me, and I choose to share that with my best friend.

I’m not immune to the overwhelming urge to become a recluse with your SO. I’ve been in relationships before where my partner has become the centre of my universe, and slowly but surely replaced the roles of each and every other person in my life. I told myself I didn’t need them, I had him. And he was all I wanted. After all, who could love me and make my heart skip as much as he did? But as time eventually rolled on I began to experience the consequences of isolating myself from everyone but my boyfriends. My relationships began to lack sexiness and mystery because I’d left nothing off limits; we bickered more, had sex less, stopped trying to impress one another and eventually became more like siblings and less like lovers. 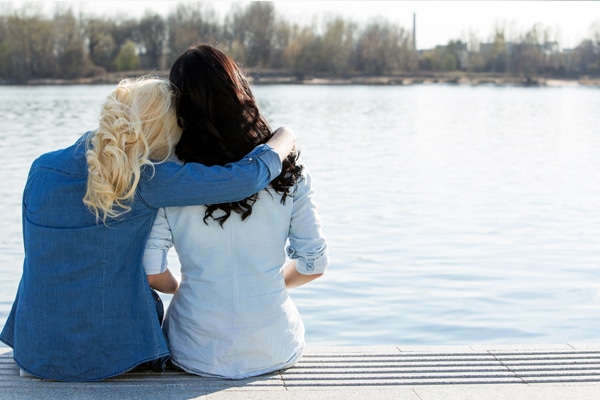 I didn’t want to jump into bed and make crazy love with a man I’d just stayed up all night talking about periods and makeup to anymore. I wanted to go to bed with a man that still felt like my lover, who didn’t make me feel desperate when he was away from me, but instead filled me with confidence to go forth into the world alone.

I asked a friend who’d been in a relationship for almost a decade and was one of the most independent, outgoing people I knew at the time, how she managed to separate her boyfriend from infiltrating every aspect of her life.

“That I couldn’t be without him and that I didn’t need anyone else. But I eventually realized you have to have your own identity; that kind of relationship is dangerous, because it’s easy to forget who you are in it. I know I’m going to be with my boyfriend forever, but heaven forbid something awful happens and I no longer have him, who will I have then? The hottest sex we have is when we spend time apart doing things with our friends. You need to actually have absence to make the heart grow fonder, otherwise it just grows complacent.”

So while my relationship with my BFF has had to weather some pretty intense boy breaks when I was still navigating my self-esteem and independence, it’s ultimately come out stronger than ever as we’ve both matured, because we’ve solidified our pact not to let anything, not husbands, children or distance, tear our friendship apart.

So now when we meet to catch-up and do something she likes, I don’t go in obligation, secretly wishing I was at home snuggled up with my SO, I go because I’m more than a wife or a partner, I have lots of different sides to me, and sometimes it’s fun to share some of those sides with someone else and keep a bit of mystery in your relationship. Someone who, God forbid, if my husband died tomorrow, would give me a reason not just to keep going, but to fall on the floor clutching my stomach in laughter again.

Good friends aren’t easy to come by, but friends who’d rather be at home loved up with their man or at their weekly bible study group surrounded by likeminded individuals, and instead drop everything to slip on some heels and meet you out for a laugh and a drink, even though it’s a rainy night and the traffic is terrible or have to be up early in the morning, are almost impossible to find. So if you’re lucky enough to have someone like that in your life, hold onto them tight.

The bond between two women who share a deep connection isn’t a void that can be filled by a partner. Anyone lucky enough to have a relationship like that in their life knows that. And anyone who’s sacrificed sex and mystery for making their boyfriend their everything in place of having good girlfriends knows it too.

Because men may come and go, but real, unconditional friendship is once in a lifetime.