Why Are We Still Confused About Contraception In 2015?

Because we all know where babies come from…

I usually have a ‘no sex on the first date’ policy. However, a couple of years ago I was on a first date with a guy I’d met through a friend of a friend. Although he was nice enough, and pretty attractive, I knew from the outset we weren’t going to end up riding a unicorn together into Dreamy Lovey Land.

But, that didn’t mean I couldn’t have fun in the meantime. After thinking it through, I decided to abandon my three-dates rule and take the plunge. I wasn’t fussed if I never saw him again, so why the hell not?

We headed back to his apartment and started to get busy. Things were going gloriously well, when at the eleventh hour, he made a devastatingly irritating revelation.

“Are…are you for real?” I stuttered.

“Yeah, I ran out of time to buy them,” he replied. The mood was fading faster than Justin Bieber’s rise to notoriety. “I was hoping you’d have one.”

“What? Why would I have one?” I replied aghast.

“Look, we could just do it anyway…”

“Hell no!” I exclaimed, clambering out of bed. Without looking at him, I hurriedly threw my clothes on, grabbed my bag, and hightailed it out of there.

My first reaction was to be furious with him. What kind of douche takes a girl on a date but doesn’t bring a condom?! But as I power-walked away the embarrassment, something occurred to me. Why didn’t I have the presence of mind to bring contraception, just in case? I didn’t have a boyfriend, I wasn’t on birth control; surely it was simple logic to carry condoms with me?

Slowly, my anger at him turned to frustration with myself. Here I was, stomping to the train station late at night in the freezing cold, when I could have been shagging a moderately handsome guy in a nice warm bed…if only I’d got off my high horse, made the trip to a 7/11, and picked up some Trojans.

My story is not unique. For all the emphasis on contraception nowadays among health professionals, women actually pay very little attention. Lack of information about it is a global epidemic, and the fact that many women neglect to carry condoms with them is just the tip of the iceberg.

“A recent survey found that 43 per cent of 25-29 year olds put more thought into their last fashion purchase, than what contraceptive they use,” spokeswoman for the Australian branch, Madryn Sanderson stated.

“Around 40 per cent of women aged 18-29 said they put ‘hardly any thought’ into their chosen contraceptive method. More women think about their diet than contraception.”

Europe has similar problems. Another survey by Stopes of 5,223 young people under 24 in the UK revealed 51 per cent of men and 41 per cent of women were unfamiliar with or confused about different types of contraception. 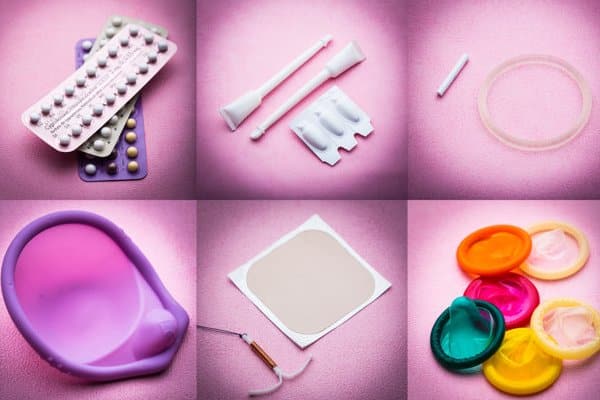 British participants were among the least aware. On average, Dutch women are a year older than British women when they first have sex, and are more likely to use contraception. Other British respondents chose not to use contraception because a new partner preferred not to.

Of further concern was the fact one in five who failed to use birth control said it was because they were drunk and forgot, which was most rampant in Europe (good wine, chilled out drinking laws…go figure). More alarmingly still; almost one in four young people believed withdrawal was an effective form of contraception. One in four. Did no one listen in sex ed?!

“The survey shows that more than half of the respondents had already had sex by their 18th birthday and the government’s own data shows 83 per cent are sexually active by the same age,” stated vice president of Marie Stopes UK and Europe, Tracey McNeill.

“The research is clear, where sex and relationships education is taught in conjunction with contraceptive information and good access to youth friendly sexual health services, more young people delay having sex and more practice safe sex.”

Needless to say, it’s incredibly important for both men and women to be savvy with contraception. Bewilderingly, the majority of contraception is geared towards women, inadvertently absolving men from most of the responsibility. Although trials are taking place in the US for a male contraceptive pill, it is still many years away.

Until that time, getting to know the wider-than-you-think range of female contraception should be at the top of our to-do lists. Aside from the glaringly obvious condoms, contraceptive pills, and Plan B or morning after pill, here are some of the lesser known methods…

A shot of progestogen in your arm. The injection lasts for 12 weeks and although there are some minor side effects such as irregular bleeding, it is generally 99 per cent effective in the prevention of pregnancy.

This contains both oestrogen and progestogen and is inserted into the vagina. The hormones are absorbed through the vagina and act to prevent the egg from being released. If used correctly, it’s 99 per cent effective against pregnancy.

A plastic and copper device fitted in the uterus, preventing the egg and sperm from meeting. It can last for up to five or ten years, and is comparatively cost effective. The copper IUD is 99 per cent effective against unplanned pregnancy, but doesn’t offer any protection from STIs or HIV.

A small plastic device with progestogen, fitted into the uterus. The IUS lasts around five years and is also cost effective over time. Spotting and irregular periods can occur with the IUS initially, with periods becoming lighter over time. It’s 99.8 per cent effective against pregnancy, but doesn’t offer any protection from STIs or HIV.

I’ve been lucky so far. I’ve never had an STI or pregnancy scare. But this doesn’t mean I’ll continue to pay no attention to my contraception, something I’ve – admittedly – been guilty of being blind to in the past. Our bodies are important; we’ve only got the one. Make sure you’re informed about everything you put into yours, whether it’s a pill, an injection…or, you know, a body part.