From research labs to Antarctic expeditions.

As the demand for gender equality continues, there is a greater push for women to join traditionally male-dominant industries.

Among them, science, technology, engineering, and math (or STEM) are the loudest call. And it’s working.

Progress may be slow and varied from country to country, but women are adding their brains and voices to research, projects, and policies, influencing the way we think about and care for the planet.

To better understand what it’s like to be a woman working in just one branch of STEM – science – I spoke with three women. They are in different locations at different ages and stages of their careers, working in different scientific fields. All admitted that becoming a scientist is not an easy path, but each was passionate about the future of their work and hopeful that instead of being categorized by their gender, they will eventually be known simply as “scientists.” 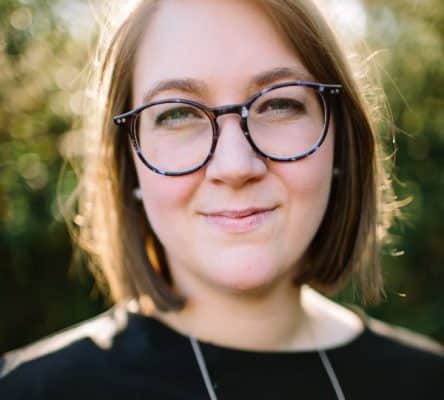 Camilla is a postdoctoral research fellow and works in a colorectal cancer lab.

“When I’m at my desk, I spend my time reading literature, planning experiments, analyzing data, and writing articles. In the lab, I look like that typical image of a scientist: white lab coat, safety glasses (prescription in my case – full nerd!), and gloves.

Constant failure is such a challenge! In the past, if I expected an experiment to work, it always went wrong, and then I had to learn to deal with that disappointment, so I changed my mindset. I started expecting everything to go wrong. Unfortunately, that mindset has wormed its way into my life outside of science. It’s something my husband comments on, often – that I’m a very pessimistic person, but I’m trying my hardest to improve on this and be more well rounded.

Honestly, lab research is hard. You can feel like you go months without achieving anything. Then when you do achieve something, its small. It can be demoralizing knowing you’re spending all of your time working on something that might not work.

To stay passionate and positive, it’s easiest to remember that if no one was doing anything now, there would be no progress in the future. Maybe someday in the future, the things that I am working on now will assist someone else’s work in developing a cancer treatment that may help patients extend their life expectancy. And at the end of the day, how cool is that?” 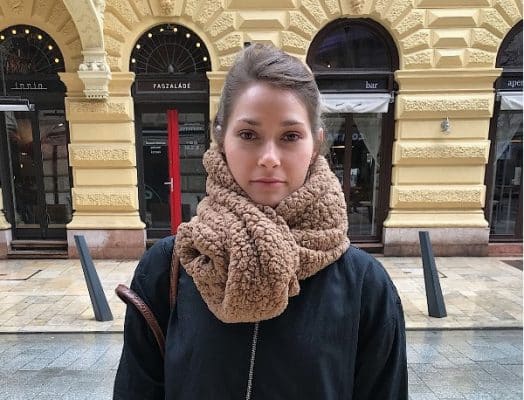 Daria graduated last year with a Bachelor’s of Science in Biology from Ben-Gurion University and will begin her Master’s of Life Science in Physiology in October.

“I had a really cool science teacher in seventh grade, and so I wanted to continue studying science in high school because I found it so interesting. After high school, I had this obsession with psychiatric diseases. I’d been watching too many documentaries. I considered doing psychology, but I realized that I’m less interested in the person, or why it happened, and more in how the brain works and what’s going on inside. That’s when I thought, okay, maybe I should try neurobiology.

Before beginning my master’s program in October, I have three or four months working in a lab getting familiar with the methods, technology, and equipment. The lab is trying to understand the difference between healthy neurons and those affected with ALS (what Stephen Hawking had) and Alzheimer’s disease.

What’s challenging is not knowing if I will get a job. People don’t grab you and take you to their workplace. You have to work really hard in Israel to get a good job.

For me the final goal is, oh it sounds so cliché. I was going to say to do something for humanity! But really, to find something that may be important.” 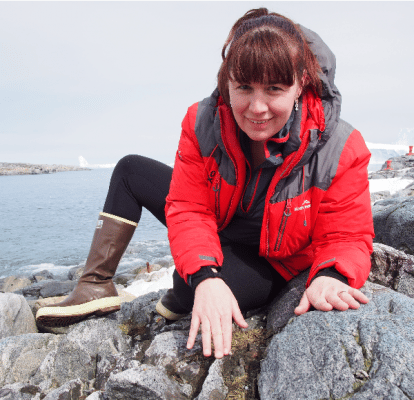 Justine is a research fellow dedicated to the conservation of the Antarctic and a co-founder of Homeward Bound – a leadership program for women in science on an expedition to the Antarctic.

“I first traveled south with the Australian Antarctic program in 1996 as a volunteer field assistant investigating climate change impacts on biodiversity. I have been ‘going south’ ever since. I believe Antarctica is the last true wilderness on the planet. There are no cities, no agriculture, no highways, and I strongly believe we should keep it that way.

An inspiring aspect of Homeward Bound is that all the women who attend (so far 240 women in STEM) have achieved incredible things in their work and lives. I love to hear about their science and see them talk about their work with passion in their eyes. It’s powerful.

They all express that they feel being a woman in STEM is more challenging than being a man. It’s not simply about the challenges that motherhood places on career trajectories. You only have to look at women in STEM without children and see that they’re not exactly cruising through. Unconscious bias is pervasive. We need to re-imagine what leadership and success look like by putting women in the picture beside men. This will change, it just takes time.

I became a mother at 40 years-old and I currently choose to work part-time to care for my child. This current combination of things makes my professional success a challenge. Does it all come from the fact that I’m a woman? Not explicitly, but it’s a situation that is predominantly a female scenario.

I feel like a female science cliché: struggling to keep my head above water professionally, while struggling to be a mother who’s present and engaged and not tired and traveling all the time. I have a lot of support around me and my family and from within my institution, and it’s still hard.

But I believe in the future of this planet. We need wilderness areas and we need species not go extinct. That’s my drive.”