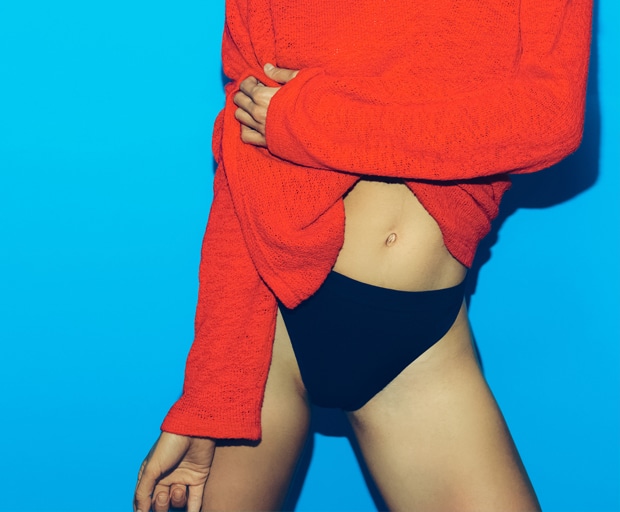 The 21st century has seen a much needed freeing of female sexuality. With women openly protesting the archaic notion of slut-shaming, and trying to throw away the fervent preservation of premarital virginity, the Western world seems to have finally entered the era of female sexual autonomy.

But there are still a number of cultures where the insistence on  premarital virginity in women is frighteningly prolific. In the American Baptist church, the congregation takes the notion of a ‘white wedding’ to new heights with the existence of purity certificates; documents signed by a doctor, confirming a woman’s virginal status, to be presented to the father of the bride before her wedding.

Brelyn Freeman is one such recipient. The daughter of a Baptist pastor, she signed a contract with her parents at the age of 13.

“I, Brelyn Mya Freeman, commit to…abstain from fornication (rubbing and petting) but I will keep myself until I am united in marriage to the young man that God is preparing for me,” Freeman declared in her contract, which was provided to her father.

So what exactly does a doctor who signs purity certificates for women like Freeman do? In short, a physical ‘virginity test’ checks a woman’s hymen is still intact. Then, once a preserved hymen is observed, the bloodied bed sheets from the wedding night are often presented to the bride’s family as further proof the bride was indeed sufficiently untouched.

However, as anyone with a basic knowledge of the female anatomy will tell you, contrary to popular belief, the hymen is not an accurate indicator of a woman’s sexual history. It is essentially an inconsequential flap of tissue within the vagina that can be thick or thin, change shape, grow, shrink, or disappear over time. It can have one hole, a number of holes, or even have no hole at all.

So terrifying are the consequences of failing to produce confirmation of a woman’s ‘purity’ in certain cultures that there is a subset of the medical profession dedicated to performing hymen reconstruction surgery to ensure bleeding when a woman’s new husband takes that first plunge.

So great is the demand, companies in China and Japan actually sell artificial hymens – small pieces of plastic filled with red dye that can be inserted into the vagina before sex and will expand once in place to create the illusion of tightness. When the revamped virgin is penetrated, the plastic splits, and the red dye oozes out, mimicking a hymen-tearing session.

“By adding in a few moans and groans, you will undetectably recreate the loss of your virginity,” one website states.

So why does society, from the third world to the first world, have this chronic obsession with intact hymens? Is policing women’s sexuality really that important, even now?

Human Rights Watch recently released a report that Indonesian police conducted virginity tests on female applicants in the recruitment process. In Iraq, women are often subjected to visual tests (she’s evidently a virgin when there is no visible sign of ‘defect’ on her hymen). In Morocco, they’re a little bit more creative. Before her wedding the future bride must undergo ‘the egg test’. Creeped out yet? This bride to be is made to lie on her back spread-eagled while an examiner cracks an egg onto her vagina. If the egg slips inside her, the woman is considered officially no longer marriage material. The stupidity of this test is that it’s all too easy to cheat. A simple tensing of the pelvic floor will have you pass the test with flying colours.

While the majority of the Western world doesn’t do these sorts of invase virginity tests, the concept of an untouched women is still prevalent both in religious and secular circles. No matter how hard we try to eliminate the stigma, and no matter how hard we rally against it (and trust me, I do), it is still perceived differently if a woman sleeps with a multitude of men, than if a man sleeps with a multitude of women.

We all know the scenario. If a man goes on a banging bender and shags an undisclosed number of women, he is dubbed a stud, a spunk, a virile spreader of seed. If a women follows her sometimes rampant sexual urges (shock, horror!) and does the same, she is called a slut, whore, skank, and shamed into sexual submission.

Isn’t it time we did away with that concept of virginity altogether and all the sexist double standards and shame that goes along with it? Of course, your first time having sex shouldn’t be thrown away if you can help it, there’s no denying the fact it’s a special and momentous ocassion. But more importantly, it’s an entirely personal act, and as such, shouldn’t be anyone’s business, but your own.