And the winner is… DC Comics.

The film’s been making headlines ever since Israeli actress Gal Gadot was given the nod for the lead role of Diana Prince, and though it’s too early to make too many speculations, the trailer has drummed up a lot of positive press, making a strong opening very likely for the film.

This is great news for DC Comics when it comes to films, because boy howdy could they use the boost. Batman v Superman: Dawn of Justice had a fantastic opening weekend followed by a historic drop the very next week. The movie was so critically bad that nobody wanted to go see it after the first wave of fans let us in on its unintentional horrors, which of course led to ‘Sad Affleck’. That, along with lackluster showings for previous films like Man of Steel, means Wonder Woman – combined with the soon-to-be-released Suicide Squad – could inject some much-needed love into the universe, and it’s all thanks to DC Comics.

What’s truly remarkable is how rare it is to have a woman at the helm of a superhero film at all. You’d have thought DC’s main threat, Marvel, would have been at the head of this train with its long line of successful films like Thor, Iron Man, Captain America and the Avengers series. Before debuting the first Avengers film, Marvel carefully planned for each member of the team to have their own film first, allowing us to get a peek at their origin story before seeing them as part of the iconic comic team. The only one left out of the mix was Scarlet Widow, a character who had a minor role in a few of her teammate’s films, and I guess Marvel decided that’s all we needed, that us ladyfolk oughta be grateful for it. 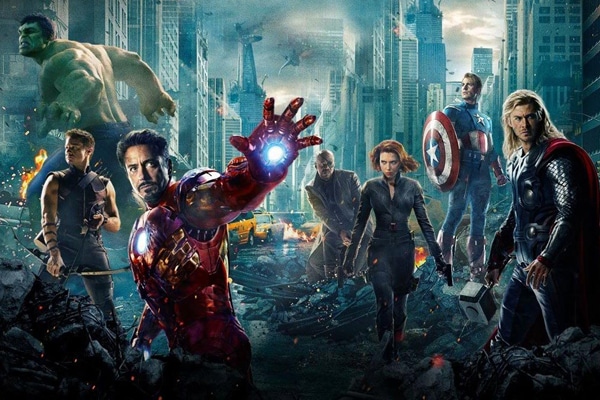 Let’s let Stan Lee, creator of Marvel, set the tone for this issue: “The thing is, the women like these movies as much as the guys. So we don’t have to knock ourselves out finding a female.”

Now let’s break that down.

Point one: the only reason Marvel would feel the need to knock themselves out to find a woman for a lead role is if they’d need female viewers. This means they’re still operating under the assumption that men are the primary audience comic-book movies should be pitched to, because us ladies definitely don’t get into things like comic books – we’re too busy complaining about how our nail polish is making us fat. (FYI, Stan, as of 2014 almost 50 per cent of comic-book readers were women.)

Point two: it’s insulting to men as well. Is the implication here that if a woman is leading the story, men can’t tag along? Are men emotionally and mentally incapable of understanding stories where the person doing most of the talking isn’t the same gender as them? If men are that stupid, why are we writing movies for them in the first place?

Point three: finding stories that appeal to women is, like, super difficult – which is sooo not true. And even if it were true, wouldn’t this be further indicative of a serious problem? How on earth is “Well, we don’t have to worry about making films with women in them because we haven’t made any and they’re still popular so I guess that’s fine” not incredibly problematic?

And before you start thinking this is just a quote from a guy who doesn’t even create comics there anymore, you should know that Marvel’s president Kevin Feige is tripping over the collective dicks of the industry to avoid straight out saying “we’re sexist” in response to why they don’t have any female leads in films. “I hope we do it sooner rather than later. But we find ourselves in the very strange position of managing more franchises than most people have … But it does mean you have to put one franchise on hold for three or four years in order to introduce a new one. I don’t know.” Yeah, Kev, we wouldn’t want to stifle any of those male superhero voices – lord knows that’s an underrepresented group we don’t hear nearly enough from!

Right on schedule, Marvel has announced it’s going to release a film featuring a female lead: Captain Marvel is set to release in March 2019, right after the fourth Avengers film, an Ant-Man sequel and a third Thor film. At least we know where we stand, right ladies?

Comment: Will you be watching Wonder Woman, or is Marvel right in its implication that the majority of women don’t care about superheroes?