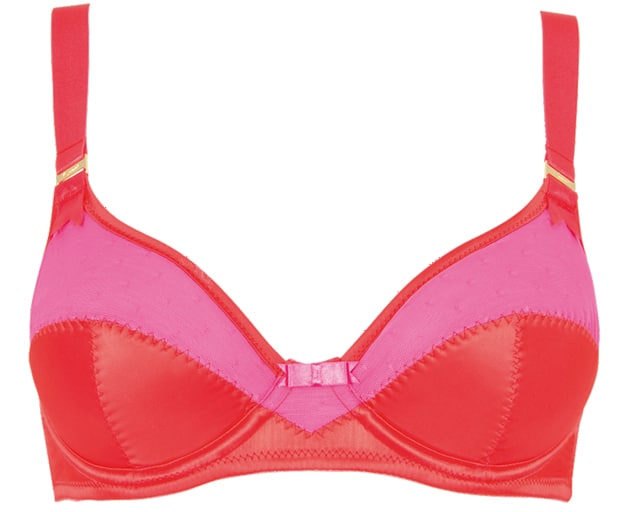 You know how it goes…you’ve had a stressful day and you reach for the Tim-Tams. And before you know it, the packet is finished, and you’re licking crumbs off the couch. And hating yourself in the morning.

Microsoft Research has invented a bra that aims to detect emotional overeating, and curb cravings. The battery-powered bra is equipped with sensor pads that monitors the wearer’s moods and stream information to a smartphone app.

The sensors capture heart rate, respiration, skin conductance and movement. By both recording moods on a smartphone app and collecting data from the bra-sensors, the scientists could predict changes in physiology that accompany eating and stress, including whether the subjects are happy or angry. The bra also sends a tweet when the bra is removed.

While most stress-eaters are women, more than half the U.S. population has admitted to stress-eating, which then leads to a cycle of putting on weight, getting stressed and eating more, causing obesity.

In fact one of the researchers tried to invent the same type of stress-detecting device for men’s underwear, but it wouldn’t work because it was too far away from the heart.

Would you wear a bra that monitors emotional overeating?