Your Dietary Requirements Are Making Hanging Out A Pain

No, I won’t order you a low fat, soy, decaf latte with stevia.

“Babes, don’t forget to ask the waiter if their pancakes are gluten and dairy-free when you order for me.”

Just another lunch date with my friends. It always goes like this: Friend opens menu. Friend looks concerned and disappointed by lack of clearly stated gluten-free options. Friend decides to go with something that will most definitely have gluten in it and asks waiter if they can make a gluten-free version. Friend is startled when told no. Friend needs more time.

Meanwhile, I was ready to order my gluten-packed, sugar-loaded, dairy-including, non-vegetarian lunch about two minutes after we sat down. This behaviour apparently makes me a rare specimen nowadays. I am an omnivore without food allergies or intolerances and on top of that, not picky.

Ten years ago, almost everyone was like me. Meeting friends for lunch was easy: Somebody suggested a random cafe and everybody happily ordered what would now be considered as “basic” food: sandwiches, fish and chips, green salads, and coffee. No double shot extra hot soy latte. Just coffee.

Fast-forward to 2015 and meeting somebody for anything involving food has become a logistical nightmare. I have friends who are dairy-intolerant, friends who are vegan, and friends who change their dietary requirements based on what they read online the other day. They are constantly trying new diets and are not afraid to tell everyone about their super healthy how-can-you-not-live-like-me lifestyle. 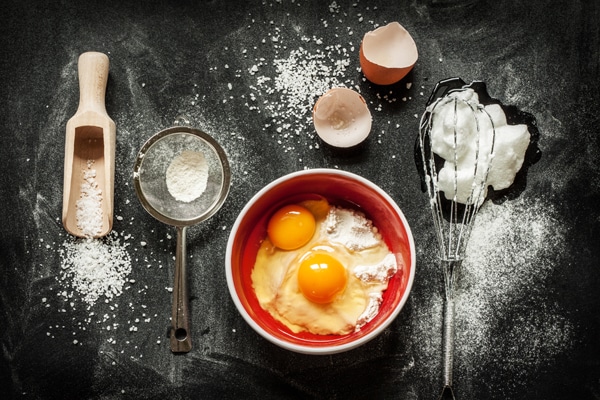 What happened to our bodies? Are we that easily influenced by pseudo-nutritionists telling us that certain foods are slowly killing us or are most of us actually suffering from allergies and intolerances?

Statistics say that 25 per cent of the population believe to have some sort of intolerance, and the number is rising steadily. Gluten-free food is the fastest growing sector in the food industry having reached 40 million consumers worldwide. That’s quite incredible considering that hardly anyone had even heard of gluten ten years ago.

But it’s not just gluten. There’s Paleo, a diet based on meat and veggies, there’s the raw food trend, and there are the sugar-quitters, all of which are diets not motivated by diseases or intolerances, but by the belief that certain foods will make you sick in the long-term.

The problem with all of these diets and food fads is that they are incredibly unsocial. I used to love inviting a bunch of friends over for dinner, but if I were to do that now, I would have to cook at least three different meals to accommodate my friends’ dietary requirements and of course stock lactose-free milk in my fridge as it seems that normal full fat cow milk is unacceptable nowadays. Thanks, but no, thanks.

Don’t get me wrong. I am well aware that there are many people with celiac disease or actual food intolerances. I have seen what happens when a gluten-intolerant friend has a slice of pizza. It’s not pretty. However, I have also seen many people adapt certain dietary requirements ­– or should I say, preferences – making the host’s life difficult for no reason. Don’t even get me started on my wedding guests. I felt the need to apologise to the chef for all the extra meals he had to create that day. By now, he is probably used to it.

So here’s my request: Can everybody please chill out and not stress about food and diets so much unless they are 100 per cent sure that they suffer from a food intolerance? I don’t care what everyone eats when they prepare their own meals, but next time someone asks me to bring a gluten-free cake to their party, I want to see a doctor’s certificate.